Kevin James, a lover of mixed martial arts, wanted to spotlight the intense fighting method in this feel-good comedy. 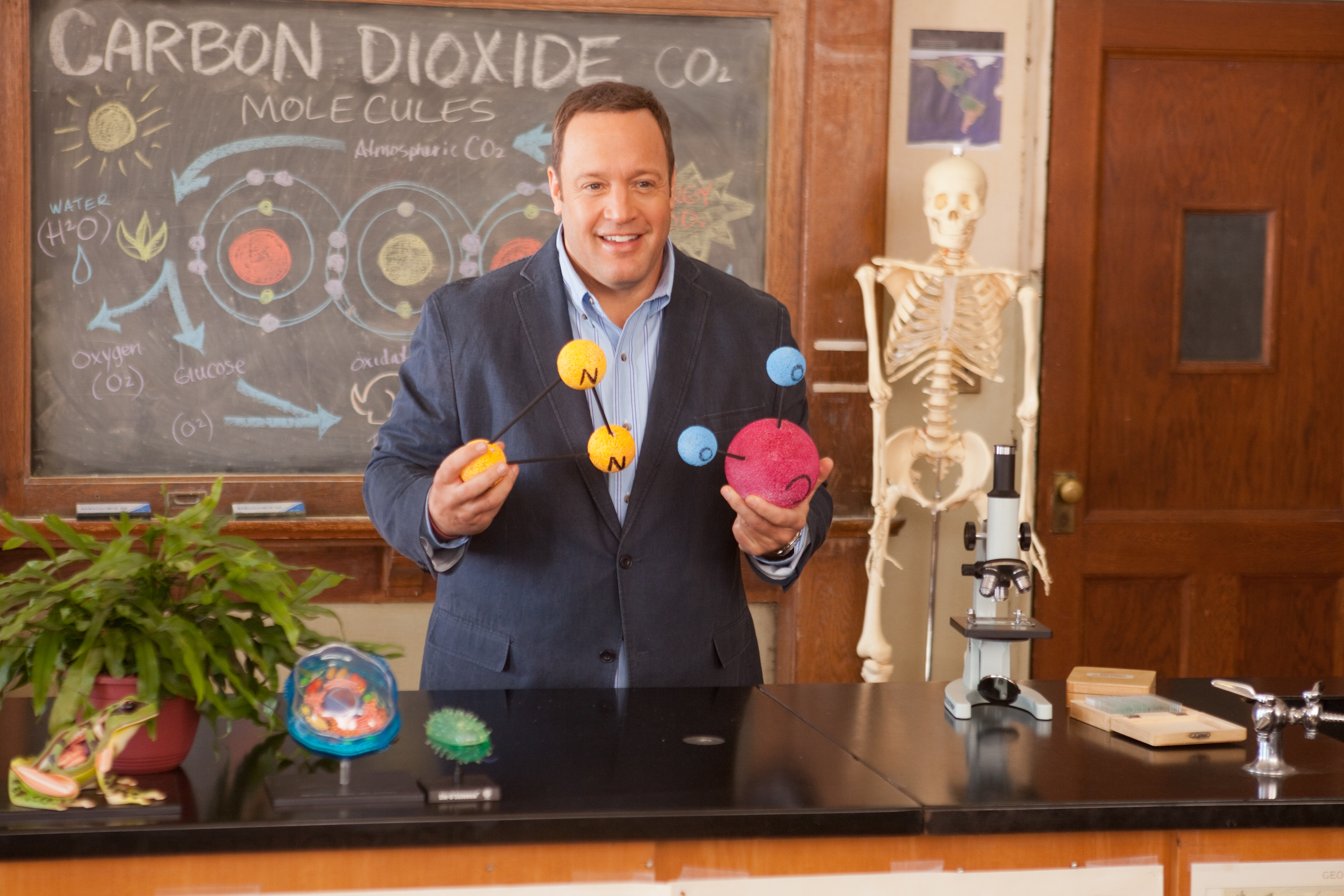 Not many would volunteer to get beat up by professional mixed martial artists, but Kevin James “jabbed” at the opportunity to do just that.

Kevin stars in Here Comes The Boom as Scott Voss, a high school biology teacher trying to raise money to prevent his cash-strapped school from eliminating the music department, headed by Marty Streb (Henry Winkler). Kevin’s character gets the “oh so brilliant” idea of training to be an MMA fighter because even if he loses one of these rather gruesome fights, he still earns a hefty sum of money.

While the fighting in this movie is punching with intensity, one fight in particular is truly memorable as being brutal — between Scott and school nurse/Scott’s crush, Bella Flores, played by the gorgeous Salma Hayek.

“Salma Hayek accidentally kneed me [down south] in our fight, and she put me down. It was rough. I was out for about a good 10 minutes,” Kevin told SheKnows, cringing as if he were reliving the moment.

What doesn’t kill you only makes you stronger, right? Well in this case, it’s true. Kevin continued to practice and prepare for his extreme role.

“We wanted it to be realistic, so we started [prepping] about 14 months out. I had to change my diet; that was rough. I had to go greens and all healthy stuff. Yeah, my body was like, ‘What is this?'” Kevin disclosed, as if he were envisioning a delicious, juicy burger. (Hey, it was around noon when he spoke with SheKnows.)

He certainly didn’t break his diet or training regime though.

“I was so passionate about making this role right. We wanted it to be real and to shock people,” Kevin said, after detailing that the preparation for this movie also included recruiting the best fighters and trainers from the Ultimate Fighting Championship (UFC).

Kevin certainly got his wish because every fight looked awfully realistic, down to the teeny-tiny outfits these extremely well-built fighters typically wear.

“One of the fighters lost their shorts… The front row caught a little bit of a back end of a fighter one time, but other than that… We were all good,” Kevin told SheKnows with a sigh of relief.

While Kevin’s character, Scott, may try to be an intimidating fighter, tiny shorts and all, he really is just a lover. The only reason he sets foot in the ring (or octagon to be more precise) is that he loves his school and friend Marty.

Here Comes the Boom is certainly a knockout in the gratifying movie department.

Check out the interview