A new paperback book is released just in time for the final Twilight film, giving fans the ultimate behind-the-scenes look at five years of filmmaking. 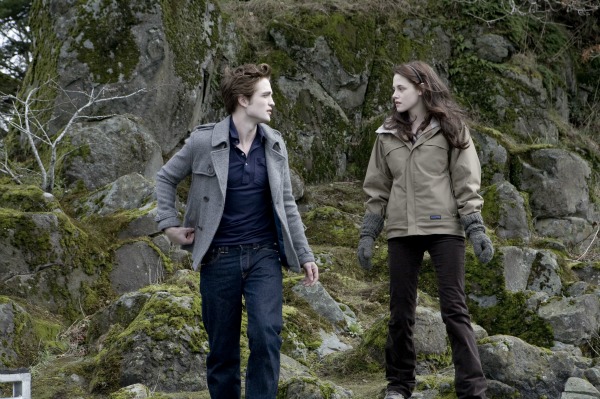 Entertainment Weekly knows that Twihards — obsessive fans of The Twilight Saga — are heading into a final frenzy with the release of the last film, The Twilight Saga: Breaking Dawn, Part 2. In anticipation of that fan adoration, they’ve released a new paperback, Twilight: The Complete Journey. This book will be a must-have for every Team Edward and Team Jacob connoisseur.

The writers gained exclusive access to author Stephenie Meyer and all of the actors on set as they discussed the last five years of the films. Enthusiasts will get to see how it evolved from the very beginning with a behind-the-scenes look that no other media outlet was given.

Besides interviews with the cast when they were unknown stars, the book will include the five magazine cover posters from EW‘s “Twilight” issues, plus trivia and never-before-seen coverage of all five films. There will also be a section for readers to see the fan mania at the premieres and learn how this series of films changed the lives of all involved.

The first film, Twilight, was released in 2008 and became an immediate sensation due the loyalty of fans from the book series. It catapulted Robert Pattinson, Kristen Stewart, and Taylor Lautner into the spotlight. The first four films have earned over $2.5 billion at the box office worldwide. The final film, The Twilight Saga: Breaking Dawn, Part 2 will be released on Nov. 16. Given the recent news surrounding the love triangle between Pattinson, Stewart and Snow White and The Huntsman director Rupert Sanders, the media will be on high alert to see if the infamous duo remain a couple or not.

The book, published by Time Home Entertainment, was released on Oct. 2 and it is available for $17.95