Every weekend, movie theaters are packed with people lining up to see the latest skin-crawling horror flick. But why do we shell out our hard-earned cash to get spooked? The creator of the iconic Halloween films weighs in on why we subject ourselves to the scary genre. 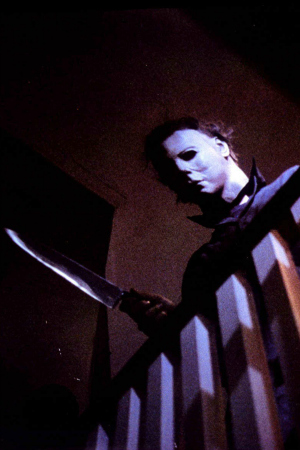 As creator of the Halloween film franchise that has influenced countless other creepy movies, Irwin Yablans is easily one of the horror movie industry’s most respected authorities. The prolific producer — whose new memoir, The Man Who Created Halloween, recently hit shelves — shares his expert insight on why we can’t stop watching movies that lead to sleepless nights.

If you’re in the market for seeing scary movies nowadays, you’ve most likely seen your fair share of spilled guts and spattered brain matter — perhaps even in the full gory glory of 3D. And while such a movie may stick with you, it’s horror movies that make you use your head (as opposed to dodging decapitated ones) and that keep you coming back for more bloody mayhem. Growing up in a Brooklyn tenement, Yablans found entertainment in listening to radio shows relying on “theater of mind” narratives. When creating the Halloween series, he drew upon the approach of those shows to capture the imagination of the audience. “Too many of today’s horror films rely on blood and guts to coax gross-out responses from audiences,” Yablans says. “Halloween was successful, in large part, because it played more on the mind, where fear lives.”

Who doesn’t fall for clever marketing from time to time? If not for funny jingles and advertising ploys that play on our inner compulsions, we wouldn’t have closets full of as-seen-on-TV-type goods (ahem, the Snuggie). Yablans proposes that horror flick fans are particularly susceptible to marketing pitches that speak to our inner child. “Everyone wants to be young again — at least sometimes,” he says, which is why his horror series revolving around a children’s holiday has proven timeless. Horror movie marketing execs don’t stop there to suck us in, however. Building on the branding approach created by Yablans, other franchises have incorporated elements like signature music, makeup and even titles to establish subconscious brand appeal.

Getting scared half to death isn’t half bad when you’ve got a hot date to cling to. I mean, c’mon… when else can you leap into the arms of your crush in public without looking like a lunatic? According to Yablans, it’s not a love connection we seek when we step into the theater to see a scary movie, though. “When done right, a horror movie evokes an involuntary response involving fear, excitement, repulsion and fascination,” says Yablans. “Horror connects on that most fundamental level. A truly frightening boogieman, a likeable protagonist and sympathetic victims put audiences right in the shoes of the characters being chased.” 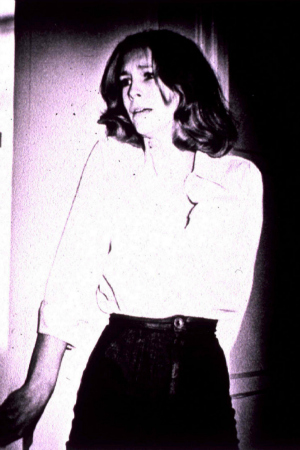 Bless that Jamie Lee Curtis’ little heart. No matter how many times her psychotic movie brother tried to maim or murder her, she just kept coming back to give us more of the spine-tingling suspense we enjoyed at her expense. Horror fans, asserts Yablans, are similar creatures of habit when it comes to scary movies. “Horror fans tend to give new movies the benefit of the doubt, and if the first one is good, then they’ll return for parts 2 and 3,” he explains. (Ah, finally, justification for watching Anacondas: The Hunt for the Blood Orchid!) Such audience loyalty is a large part of why the horror genre continues to bring in the big bucks at the box office. “There have been many failures, but the genre is one of the best bets in the film industry,” Yablans says.