It’s not easy being a gangster. You have to outwit the good guys, outplay the bad guys, and school the boss’s daughter — all without getting whacked. Too bad for Vincent Savino, Ralph Lamb is hiding some brains under that cowboy hat. 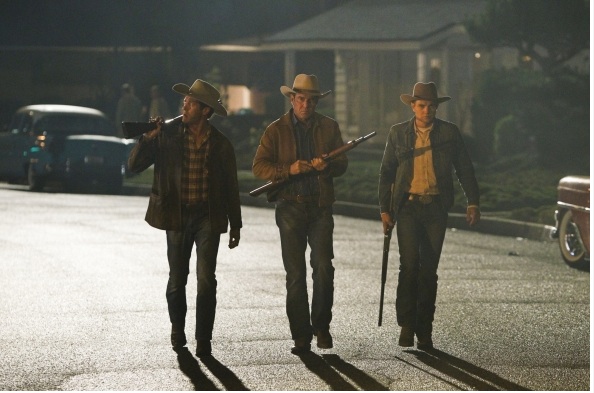 I think the flashing neon lights of Las Vegas were designed to distract tourists from all the killing that’s happening in the city, because there sure is a lot of it. It seems like most everyone wants someone dead in this town. That is, except for new Sheriff Ralph Lamb (Dennis Quaid) and his family, who really just want to punch people in the face and throw them in jail.

Vincent Savino (Michael Chiklis) probably has a hit list a mile long, but knowing how much he hates a rat, Bob Parrin is right at the top of his list. Parrin, who was stealing from the Savoy, killed the governor’s niece and made the unfortunate mistake of getting caught. Now, to soften his sentence, he’s ready to dish out all the dirty details about the mob in Vegas. The District Attorney, Rich Reynolds (Michael Reilly), runs straight to Savino to tell him all about the squeaky rat. And I thought lawyers were supposed to be good guys.

Savino sets up one of his guys to get arrested and land in jail so he can kill Parrin with the shank hidden in his eyeglasses. Very, very sneaky. Lucky for Parrin, the good guys also have brains and figure out the devious plot before it’s too late. Not so lucky for Parrin is how persistent the mob actually is. When the FEDs take over Parrin’s case and he is transported to another jail, Savino forces the car to take a detour right into the path of a bomb and BOOM! — no more Parrin. 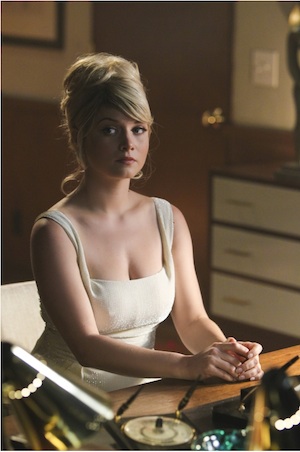 Meanwhile, Ralph, his brother Jack (Jason O’Mara) and son Dixon (Taylor Handley) are on the case of a slain card dealer who was tied up and shot in the head while his girlfriend was locked in the trunk of a car. Not to mention, there’s also a whole separate string of robberies performed by masked gunmen.

A lead sends the Lamb men straight to a robbery in progress where Dixon has to shoot an assailant in the back to save his father. It’s the first time he’s killed someone and no, Dad, he doesn’t want to talk about it.

The biggest head-turner of the night definitely was the voluptuous Mia Rizzo, (Sarah Jones) the boss’s daughter and new manager of the Savoy. She’s got a mind for numbers and knows how to use it to make the casino money. Or, so she thinks.

When Savino doesn’t like her plan to rip off the blackjack players, she runs straight to Daddy. But Savino was sure to show her who is the real boss. Turns out her plan to make fast cash will only bleed the casino dry even faster. That may be the last time Ms. Smarty Pants runs to Daddy with her bright ideas.

Best Ralph Lamb one-liner of the night? “Putting out a fire you started ain’t something to brag about.” Gotta love the words of wisdom from aging cowboys.

Can’t get enough of Vegas? Check out this fun clip with Michael Chiklis, who talks about why he chose to play the complicated Vincent Savino!