It looks like the rumors are true. Nicki Minaj and Mariah Carey aren’t getting along on the set of American Idol, and this time it’s been caught on camera. 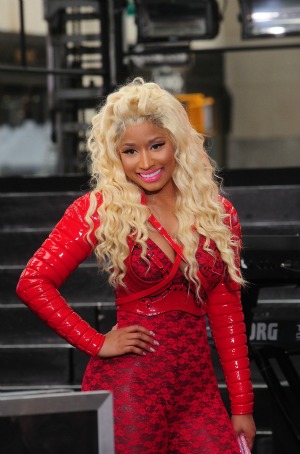 Apparently not all is well in paradise. American Idol has been trying to dispel rumors for weeks that Nicki Minaj and Mariah Carey are not getting along on the set. But the show can’t dispel any longer, because it was caught on tape.

Sources told TMZ that Minaj told Carey, “I’m gonna knock you out,” during auditions of the show in Charlotte, North Carolina, Monday.

The “knock out” comment wasn’t caught on tape. The part that was recorded, however, was just as bad.

But lucky for Carey, new judge Keith Urban was sitting between the two women. Randy Jackson was on the other side of Carey, out of harm’s way. TMZ says the argument started over a disagreement about a contestant’s audition.

“Nicki Minaj walked off of set because Mariah Carey kept making jabs at her,” according to MouthToEars.com. “Nicki’s manager and team convinced her to come back to the show. Mariah kept at it and called Nicki a b**ch and then proceeded to cuss her out. Producers had to stop filming and call it a night.”

The new season is only in the audition phase and has a good three months before it actually starts airing, so the chances the two judges will make it all the way aren’t good. But their conflict could also be ratings brilliance. Because the second half of the show is live, a lot of people might tune in just to see if anything will happen between the two women.

When the show premieres in January, it’s very possible the best entertainment won’t be on stage. And we can only hope cameras will be watching the whole time. Or will they even make it that far — will there be a season?

You can watch the video here.