The Today Show may have learned its lesson with Ann Curry, and some are saying she has been appearing on the show more and more frequently because the viewers like her. So does she hold any hard feelings toward the show? 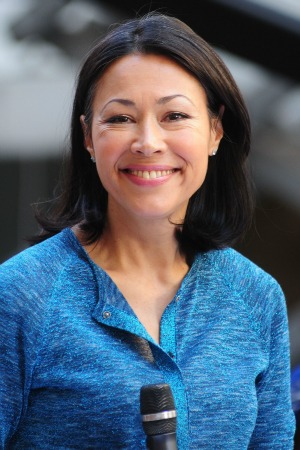 It was only a few months ago that Good Morning America scored its first win in the morning ratings war in a very long time. And when Ann Curry was let go, or “reassigned,” from The Today Show, the ratings were blamed.

But some think that Curry may be making her way back to Today. “She will be featured on a much more routine basis going forward,” a source told Perez Hilton. “Fans of The Today Show let the network know they missed seeing Ann, and the plan going forward is to use her more. Hopefully, that might bolster the show’s falling ratings.”

Hilton does not name his source, and he does not report that Curry will actually be returning to hosting duties. Instead, he reports that her face will be seen on a more regular basis. It will give Today fans (especially those that were upset when Curry left) a familiar face but will not give those fans the pleasure of knowing they were right.

“Ann is truly doing what she loves the most now, reporting from war-torn countries and bringing viewers stories of people that are affected by the destruction in the region,” the source continued. “She certainly didn’t like getting sacked from being the co-host, but Ann is making the best of the situation.”

Many people whose dream jobs are taken from them wouldn’t have acted as cordially as Curry did, so it’s possible she is being rewarded for her loyalty. If she is going to keep reporting from the field as well as returning to the morning show, you have to wonder when she is planning on sleeping. But if she doesn’t mind that lack of sleep, she could end up doing both things she loves. And if NBC is lucky enough, she could bring ratings to both sides of the network’s news product, and people will forget the whole firing (or “reassignment”) ever happened.