The stars are about to shine a whole lot brighter on The X Factor, now that Khloe Kardashian and Mario Lopez are expected to join as co-hosts. 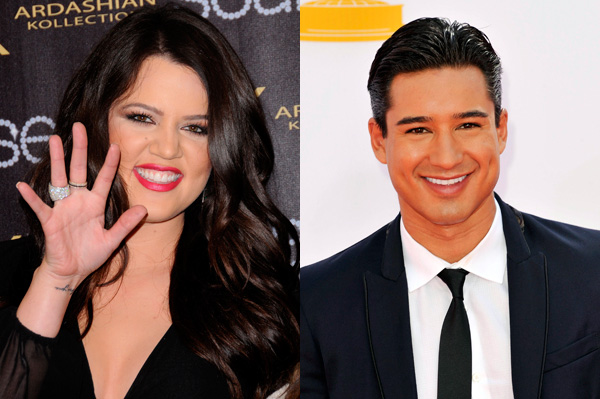 Are you tired of seeing Khloe Kardashian on television? Too bad, ’cause you’re about to see her on another network. The Keeping Up With the Kardashians star is reportedly close to closing a deal to co-host The X Factor with Mario Lopez.

You read that right — the show wants not one, but two hosts to emcee the reality singing competition, according to TMZ.

Britney Spears has a tearful reunion on The X Factor >>

“We’re told the final, tiny finishing touches are being put on their deals, but the announcement will be made this week,” the website reported Tuesday afternoon. “We’re told their salaries will add millions more to an already enormous talent budget… with Britney Spears in the lead at $15 mil.”

“Those two want to do it, and the show is keen to have them,” a source told the network.

The big question: Will Khloe have the chops to make it as a host? We all know Lopez can command the camera, since he does it every day on EXTRA! Mrs. Lamar Odom, on the other hand, mainly sticks to reality shows, save for a guest spot on Law & Order: SVU in 2011.

Then again, the outspoken Kardashian has hosted her own radio show sporadically over the past few years. Live television is a lot different from radio, though.

So far, Lopez and Kardashian aren’t saying anything about the rumors, but we expect to hear something before the end of the week. Look for the pair to make their debut in November, when The X Factor transitions to live shows.

Will all the star power on The X Factor pay off for FOX?