LeAnn Rimes says she sent herself to rehab this summer because the hate she was feeling on Twitter and Facebook were making her crazy — and now she is ready to rock her 30s. 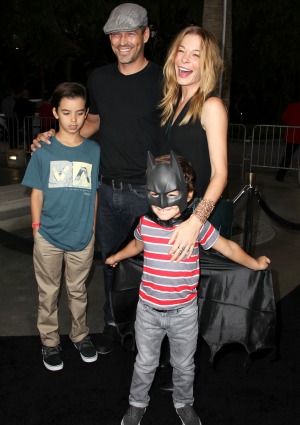 Singer LeAnn Rimes spent the last days of summer in rehab for “stress” — and now we know what was stressing her out so much.

The Grammy winner told the Boston Herald that the haters on Twitter and Facebook giving her grief over her role in the breakup of the previous marriage of her now-husband Eddie Cibrian pretty much drove her bonkers.

“I’ve been in therapy my whole life,” she told the paper in her first interview since she left treatment. “I like going. I like being able to have that third-party input and someone to listen that has nothing to do with your life. Everyone has an opinion of how I am and how I should be, and now I’m focusing on how I want to be.”

“I think it’s really hard to deal with Twitter and Facebook and all these social media outlets, and it’s hard to take it day after day of reading and seeing things that someone you don’t even know says about you. As much as you said you don’t want it to penetrate, it does, because you’re human.”

Another driving force? Starting her 30s out on the right foot.

LeAnn Rimes rehab news served with lawsuit on the side >>

“I had some wonderful times in my 20s, but your 20s are hard,” she said. “It was a lot of learning experiences… and a lot were thrown at me publicly. I was ready to embrace 30.”

“I have felt like I’ve had a piece of tape over my mouth the last four years,” Rimes said. “I wanted to start the next 30 years of my life on a great foot.”