Alicia Silverstone has come a long way since her iconic role in Clueless. These days, she’s all about Butter and Broadway, but is she nostalgic for her star-turning role in the Amy Heckerling classic? 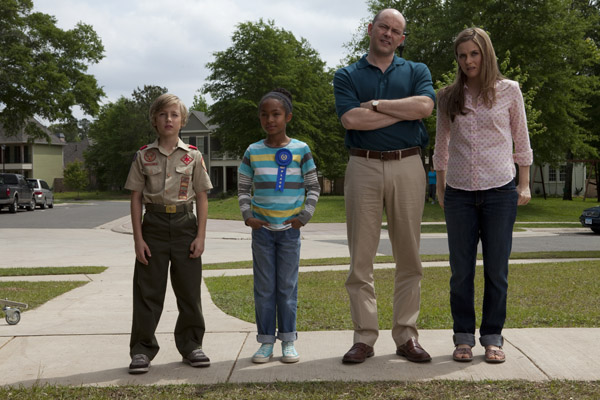 Actors create comedies to entertain the viewers, but sometimes the funniest moments in a comedy go on behind the scenes. Just ask Alicia Silverstone. The veteran actress stars in Butter, a hilarious political satire set against the backdrop of the Iowa State Fair’s butter carving contest.

“We had such a funny, talented cast that it was hard not to laugh through every single scene,” Silverstone joked to SheKnows.

The 36-year-old actress plays Julie Emmet in the film, the adoptive mother of an up-and-coming butter-carving champion (Yara Shahidi). The problem? The perennial champion Bob Pickler (Modern Family’s Ty Burrell) isn’t giving up the title without a fight. 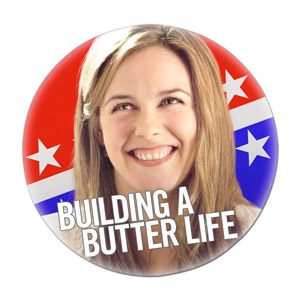 Oh, and did we mention the film features an all-star cast that includes Olivia Wilde, Hugh Jackman, Jennifer Garner and Ashley Greene. Silverstone said she spent the majority of her filming time with Shahidi and her onscreen hubby, played by Rob Corddry — and that was just fine with her.

“It was impossible to get through scenes [with Rob],” she added. “I really had the best time filming this movie.”

No rest for mom

Butter is only one of many projects on Silverstone’s plate. She’s a doting mom to her 1-year-old son, Bear Blu, but she’s also diving headfirst back into her career.

First up after Butter? A reunion with her Clueless director Amy Heckerling on the comedy Vamps, due for release on Nov. 12. 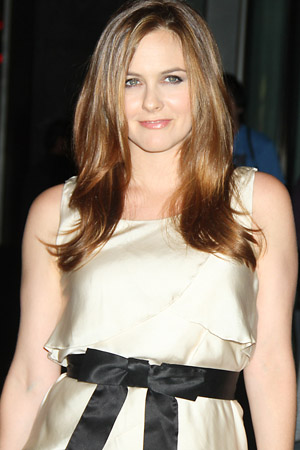 We had to ask: What was it like working with Heckerling so many years after playing the iconic Cher Horowitz.

“Being around Amy again was really, really lovely,” she told us. “There’s a real warmth between us. It’s like returning to family.”

Silverstone stars with Sigourney Weaver, Krysten Ritter and Richard Lewis in the film about two single female vampires in New York City. It’s basically like Sex and the City with fangs.

If that wasn’t enough, the actress is readying for her stint on The Great White Way in The Performers.

“We’re in previews right now,” Silverstone said of the show that co-stars Cheyenne Jackson and The Fonz himself, Henry Winkler.

“It’s a really wild comedy — I play a normal girl who is from Brooklyn, normal hipster groovy girl type. She’s been in a longtime committed relationship with her childhood sweetheart. They go to Vegas for a work trip and that’s when things get crazy.”

Sounds like Silverstone is really getting back to her comedy roots. Does this mean she’s saying goodbye to dramatic roles for good? “I don’t have a preference between comedy and drama,” she said. “I just take the right parts as they come along.”