Despite the happy news that Kristen Stewart and Robert Pattinson were reunited — just in time for the publicity blitz for their new film, Breaking Dawn — things may not be completely rosy in Twilight land. 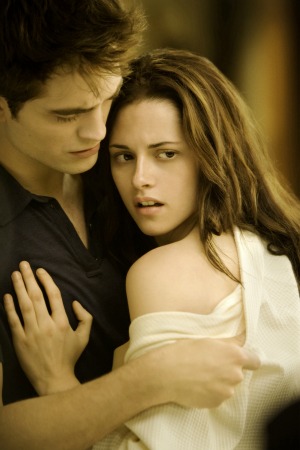 After a turbulent summer, Twilight stars Kristen Stewart and Robert Pattinson had reportedly mended fences. But now, the unavoidable, nameless “source” has told PerezHilton.com, “The love story between Robert and Kristen is still a bit of a conundrum, it’s a weird relationship.

“Despite claims that all is rosy — he’s still not completely convinced that giving their relationship another chance is the right thing to do.”

The source claims that Pattinson’s friends and family are “totally against” the reconciliation.

“Although he’s his own man and makes his own decisions, there are times when he thinks they are right. And there are moments when he continually asks her questions about the affair — so it’s all still very tense — they have some really serious trust issues.”

Another anonymous source told RadarOnline, “Kristen and Rob’s friends absolutely don’t believe that this reconciliation is going to last.”

The source continued, “Robert’s friends just wish he could get Kristen out of his system. They are disgusted with her behavior and want nothing to do with her.”

Still, the first source gave the couple some chance of making it: “They were brought together again by a great friendship so there could be hope. Robert thought Kristen was the girl he was going to marry.

“However, that’s all on hold for the moment until they try and work things out. This could go either way.”

Do you have any advice for the unhappy couple on how to recover after trust is broken?