After getting caught in the act smooching at a country bar in Hollywood, married country singer Jason Aldean and former American Idol contestant Brittany Kerr issue their separate apologies. 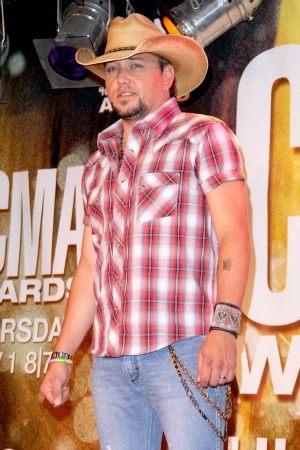 Extending her five minutes of fame a few seconds longer, Brittany Kerr jumped to the top of the scandal sheets when photos of her smooching with married country singer Jason Aldean appeared on TMZ this past weekend.

A contestant on Season 11 of American Idol, Kerr is a cheerleader with the NBA’s Charlotte Bobcats and also an aspiring model, Us Weekly reported.

Kerr apologized for her behavior in the bar last week, saying, “The actions I portrayed recently were not a representation of my true character, but a lapse in judgment on my part.”

She continued, “I would like to sincerely apologize to everyone that has been affected by this, including my friends & family.”

For his part, Aldean also apologized to fans on Sunday, noting on Facebook, “The truth is that I screwed up. I had too much to drink, let the party get out of hand and acted inappropriately at a bar.

“I left alone, caught the bus to our next show and that’s the end of the story.” Aldean, who has been married to his high school sweetheart for 11 years, has two young daughters.

Check out this hilarious TMZ video below on Kerr crashing the Internet.