You’d think that the best time to keep your mouth shut is when you’re tied to a chair, Rebels are bleeding out and Militia are busting down the door. Unfortunately for Miles, that’s when bad guys like to reveal your dirty little secrets. 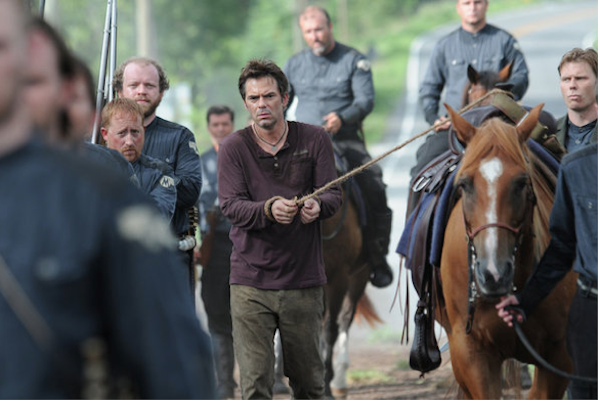 Since Miles is always right about these things, it’s no surprise when bullets suddenly come flying through the weak walls of the shack. A sniper is able to hold the Militia at bay while the rest devise an escape plan. Unfortunately, that plan fails and they have to fight (which is always my favorite part of the show). They are able to capture one of Monroe’s (David Lyons) men before sealing off the door and locking the rest of the army out.

This doesn’t go well for Miles. The captured man has a big mouth and reveals to Charlie that Miles was actually the commanding general and co-founder of Monroe’s army. Thank you for answering some questions about his insanely awesome sword-fighting skills!

But why would our hero have begun such a corrupt organization? Weeks after the blackout, the world was in chaos. There was no order. People were being murdered in cold blood and the guilty would never be punished for it. They would never stand trial. There would never be justice. While heading to Chicago with Monroe, Miles stumbled upon two men who were beating a man to death. He took the law into his own hands and shot them. Looks like he decided to start the Militia to help people, but wound up training a brutal and deadly army in the process. Oops. 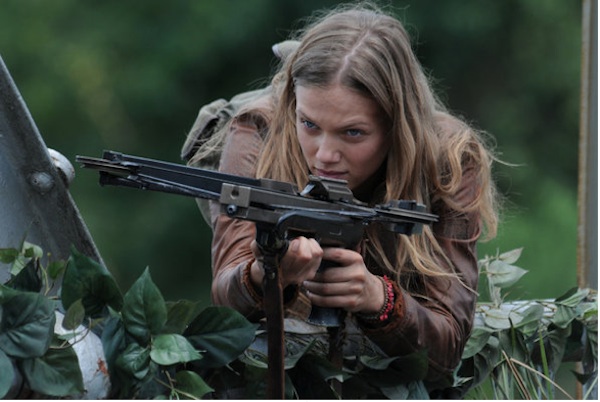 With the Militia inches away from bursting through the door, Miles trades himself to save the others. Despite the earth-shattering news, Charlie and Nora choose to rescue Miles anyway. This girl is definitely going to soften that stony heart if it’s the last thing she does.

Meanwhile, Aaron (Zak Orth) and Maggie (Anna Lise Phillips) have found their way to Grace’s house. Of course, Grace is nowhere to be found because she was apparently abducted last week, but there is evidence of electricity usage throughout the house. While the two are inside, the pendant lights up and electronics start to work. Music plays and even Maggie’s iPhone turns on and she gets to see a picture of her kids for a brief moment before the power goes out… again.

I’m left with two nagging questions here. Where is this woman and why is she hoarding the power???

Check out a preview of the latest episode:, “No Quarter.”