Goth filmmaker Tim Burton brings good old Halloween fun to this homage to American horror movies. Martin Landau creates old-school creep in the science teacher who influences a young boy to experiment with his dog after a fateful accident, while the Weird Girl at school is one of the kookiest animated characters ever seen in 3D! 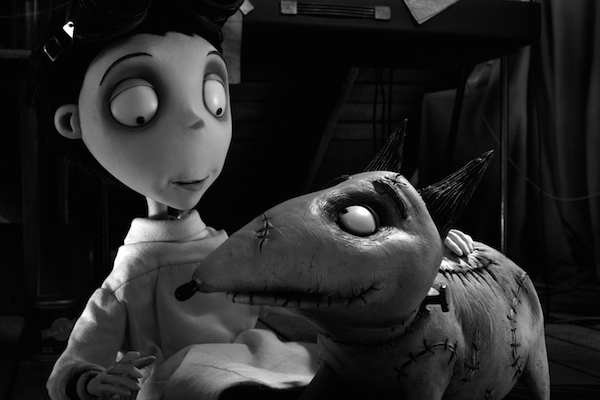 4 out of 5 stars: Perfect for Halloween lovers!

Victor Frankenstein (Charlie Tahan) is a grade-schooler obsessed with science. His father, Mr. Frankenstein (Martin Short), thinks his son is a bit odd because he doesn’t have any friends and encourages Victor to put down the test tubes and pick up a baseball. But Victor doesn’t mind being a little strange as long as his faithful dog Sparky loves him.

The Weird Girl at school (Catherine O’Hara) has her own animal companion, Mr. Whiskers, a white fluffy feline with giant owl eyes. This isn’t your average cat, however — it has a psychic gift. If Mr. Whiskers dreams about someone, it is because something really good (or really bad) is going to happen to them. The Weird Girl knows this because in the morning, the kitty’s poop will be in the shape of the person’s first initial. When she finds a “V” in the cat box, she tells Victor to beware. 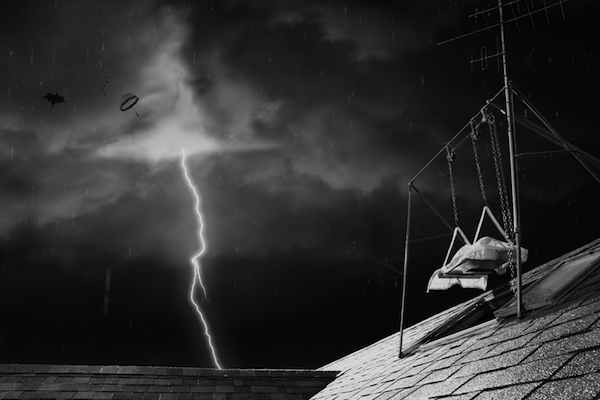 Turns out Mr. Whiskers was correct, since poor little Sparky gets hit by a car the next day. Victor is devastated as they bury his best friend in the local pet cemetery, but soon finds hope when science teacher Mr. Rzykruski (Martin Landau) zaps a dead frog with megavolts of electricity, making it appear to return to life.

That’s when Victor gets the idea to use lightning to bring Sparky back to life. The experiment proves successful and little Sparky is soon sniffing and cuddling again. But hiding the stitched-together pooch from his classmates and family proves difficult and he’s soon found out by Edgar Gore (Atticus Shaffer), who’s eager to try his own experiment with a dead fish. Soon the whole town is bringing dead pets back to life with disastrous results. 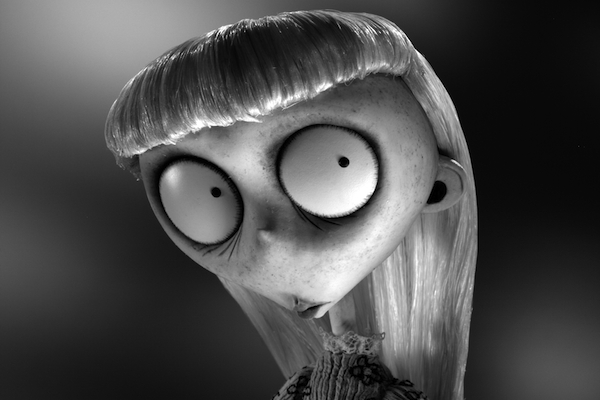 Frankenweenie uses stop-motion animation in black-and-white 3D, giving this tale a classic macabre look. There are also many giggles in the film, helping the movie toe the line between scary and sweet. Tim Burton infuses the story with heart by making a boy’s love for his dog the primary element.

Bottom line: More focused on traditional cinematic scary storytelling than Hotel Transylvania, Frankenweenie is the perfect way to celebrate the Halloween season with your kids.