Cat Deeley is a married woman! The So You Think You Can Dance host and comedian Patrick Kielty tricked friends and family into attending a party in Rome over the weekend, surprising the group with a top-secret exchange of vows. 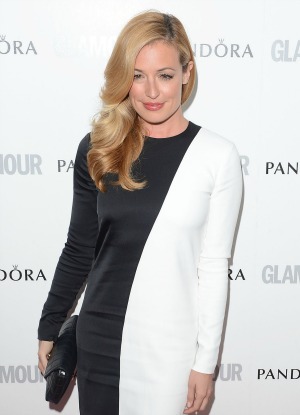 Cat Deeley’s wedding over the past weekend proves that private celebrity ceremonies are entirely possible — as long as no one but the bride and groom know they’re going to occur!

The So You Think You Can Dance host and comedian Patrick Kielty are now husband and wife, after pulling off a huge surprise wedding at St. Isidore’s College Church in Rome, Italy.

“It was the most beautiful, gorgeous, chic and romantic wedding I’ve ever been to,” a source described as close to Cat Deeley told Us Weekly. “The whole thing was sprung on the guests at the last minute, but you can tell a lot of time had gone in to the planning.”

Should other reality shows follow So You Think You Can Dance’s lead? >>

An impressive 60 guests were duped into traveling to Rome by Deeley and Kielty, including one very special man from the funny man’s hometown. Father Gary Donegan, the 41-year-old’s parish priest, was flown in to officiate the couple’s top-secret ceremony!

The source went on to gush over Cat Deeley’s “gorgeous” wedding dress, described as having “ruffles all the way down.” Noting the 35-year-old chose to have her hair pinned back, the source added, “She looked like a goddess!”

Deeley and Kielty didn’t opt to kick up their heels in celebration too much, even after the secret wedding news was out of the bag.

“It finished before midnight and everyone was civilized and well behaved,” a second source added of the couple’s laid-back reception. “It wasn’t a wild party.”

Leave your congratulatory wishes for Patrick Kielty and SYTYCD‘s Cat Deeley below!