Those responsible for the last Twilight film couldn’t have been happy about the drama surrounding Kristen Stewart and Robert Pattinson’s breakup. But their reunion just may make this film the most successful Twilight ever. 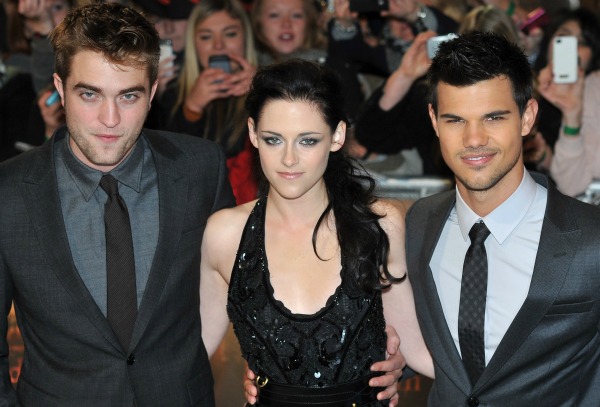 While the pair has yet to officially announce their reconciliation, it’s looking like Robert Pattinson and Kristen Stewart might actually be back together. Sources are saying Pattinson gave Stewart some rules for their reunion and she is abiding by them. A U-Haul truck was even seen at the house they shared together.

And while fans of both stars might be rejoicing, those benefiting most from the reunion might be those responsible for the newest Twilight film.

“The Twilight Saga: Breaking Dawn Part 2 will kick off its promotional push in mid-October, giving fans a chance to see that their beloved Edward and Bella have made it through the trauma,” said Carina Adly MacKenzie with Zap2It.com.

While the pair will separate for the first part of the tour — he will reportedly go to Australia while she heads to Japan — they will come back together for the Los Angeles part of the promo just before the film opens in November, according to Deadline.com. And in case you’re wondering, Taylor Lautner will be in Brazil during that time.

Nov. 12 marks the U.S. premiere of the film, and both Stewart and Pattinson are scheduled to be there, as well as Lautner. Then the cast will head to London, Madrid and Berlin to attend premieres in those cities.

For the very last film in a worldwide blockbuster, such as this one, the promo tour could mean a lot. And the breakup of two of the stars looked like it could affect sales, but you can imagine those behind the movie are jumping for joy now. The reconciliation of Stewart and Pattinson may be just the boost that the film needs to go above and beyond what the last films did. The Twilight Saga: Breaking Dawn Part 2 will be in theaters Nov. 16, following a Twilight marathon in theaters on Nov. 15.