Dave Grohl made comments to a crowd in New York Saturday night that were similar to breakup comments he made in August and later took back. Could the Foo Fighters be ready to hang it up, 18 years after they started? 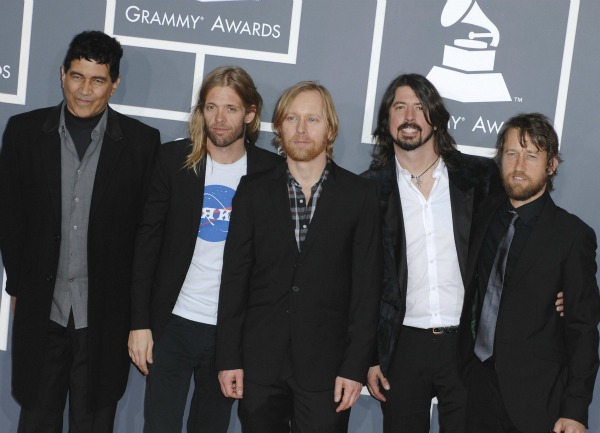 Many fans are wondering: What’s going on with the Foo Fighters these days? The band has been together for almost two decades, and many other bands their age have retired by now. So if they chose to do the same, it shouldn’t be that surprising. But when the time comes, it will undoubtedly be surprising anyway. Saturday night at a show in New York, lead singer Dave Grohl hinted that the end is coming.

“Without making a big deal out of it, we don’t have any shows after this,” he told the crowd, according to the Huffington Post. “This is it, man. Honestly I don’t know when we’re gonna do it again… and this is the perfect place to do it.”

The Foo Fighters happened to be performing at an event they probably couldn’t say no to, the Global Citizen Festival, a show by the Global Poverty Project. An estimated 60,000 people attended the festival. The comments were not only seen and heard by the crowd, but the entire show was also streamed live. Other performers at the event included Neil Young, the Black Keys and John Legend.

Grohl made similar comments back in August, but later took them back… sort of.

“Well, well, well, the f*****g Reading Festival,” he told the crowd during the Foo Fighters’ set at the festival. “You guys realize we’ve got a lot of songs to play. It’s the last show of the tour and it’s the last show for a long time.”

But when it became a big deal, Grohl later tweeted that he meant it was their last show for a long time “in England.”

The band’s 18-year run (so far) is much longer than that of Grohl’s previous band, Nirvana. That band didn’t get a chance to break up because of the death of lead singer Kurt Cobain. But for the Foo Fighters, 18 years on the road may just mark their time.