Someone finally told Taylor Swift what John Mayer said about her song back in June, and she is not happy about it. 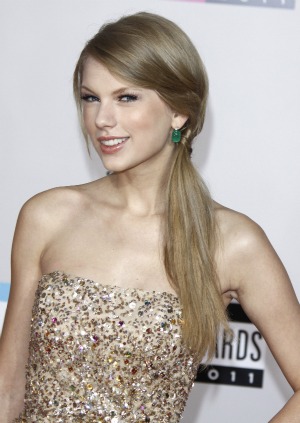 Taylor Swift has always written songs about her own life, including her relationships. Because many of these relationships are with famous men, figuring out who her songs are about becomes a popular guessing game.

When her relationship with John Mayer ended and she came out with the song “Dear John,” many thought the answer was obvious, including the singer himself. But Swift sat down with Glamour magazine and basically said Mayer was full of himself to assume that.

“How presumptuous,” she told the magazine. “I never disclose who my songs are about.”

Swift and Mayer were romantically linked from late 2009 to 2010, at the end of Swift’s 19th year. Swift said in the song:

“Dear John, I see it all now it was wrong. Don’t you think nineteen’s too young / To be played by your dark, twisted games? When I loved you so, I should’ve known.”

Mayer told Rolling Stone in June that he was humiliated when the song came out:

“It made me feel terrible. Because I didn’t deserve it. I’m pretty good at taking accountability now, and I never did anything to deserve that. It was a really lousy thing for her to do.”

But Swift says she had no idea about what Mayer said on the topic before now.

“I know it wasn’t good, so I don’t want to know,” she told Glamour. “I put a high priority on staying happy, and I know what I can’t handle.”

But she said she will continue to write about her personal life through her songs so she won’t have to talk about it in interviews.

As for “Dear John,” we’re not buying it’s not about her one-time love John Mayer — there are too many small things about their relationship in the song to make it about anyone else. But it doesn’t look like Taylor Swift is going to admit it anytime soon.