The couple forgoes the usual magazine-cover route and debuts their new baby on Twitter. 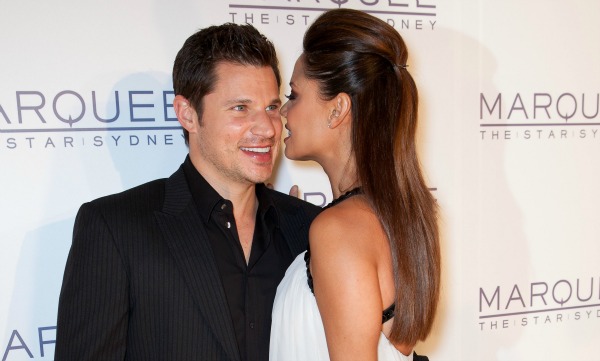 Hollywood has seen a huge baby boom in the last few years, so get ready for a cuteness alert as Nick and Vanessa Lachey introduce their new bundle of joy, Camden Jack. The couple debuted their baby boy on the social media giant Twitter, on Monday.

The TV host tweeted, “Nick and I are honored and humbled to introduce you to the new love of our lives.” Like any good husband, Nick retweeted the message to his followers.

The photo showed off a full head of dark hair and a sweet face that appeared to be the perfect combination of Nick and Vanessa’s good looks. In baby Camden’s birth announcement, the couple said, “Love has truly been redefined for both of us.”

Camden Jack was born on Sept. 12, a little over a year after Nick and Vanessa’s 2011 nuptials. The couple had their wedding play out for the television cameras on TLC, with the reality show Nick & Vanessa’s Dream Wedding. They married on Necker Island, which is privately owned by Virgin Atlantic mogul Sir Richard Branson.

The Lacheys haven’t been too shy about sharing their private lives since they married. Their pregnancy, their baby-bump photos, and the gender of their baby were all shared via their website or Twitter, so it is fitting that Camden Jack took social media by storm, too.

While the new parents are enjoying time together as a family, it is almost time for Nick to head back to work. He will be back in the studio with his boy bandmates from 98 Degrees as they record their first studio album in 10 years. Vanessa will be back to her hosting duties on ABC-TV’s Wipeout when the show begins taping again next year.