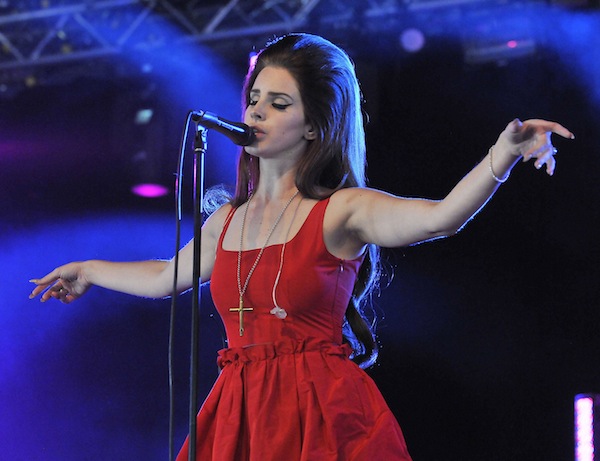 Ever have that one creepy uncle that you would always see? No? Okay, that’s just me. In a good way, Lana Del Rey seems to be everywhere — Saturday Night Live, Huffington Post, and certainly H&M ads as of late.

The sensual “Ride” is track 16 off her upcoming re-released album Born to Die: The Paradise Edition (available Nov. 12). Her hits of the past, “Video Games” (featured on Gossip Girl when Chuck and Blair fornicated on the piano — OMG?!) and “Born to Die,” have showcased both her striking beauty and seductive voice. Also a Vogue covergirl, Elizabeth Woolridge Grant (her real name) was quoted describing her look as the “Gangster Nancy Sinatra.”

While some artists rely entirely on their looks and overpowering background beats (ahem, even I’m a Britney and J-Lo fan but, let’s be real), Lana Del Rey’s haunting music always has passion. Some of you may question the extent of “passion” when you notice that “Ride” doesn’t have a lot of the conventional flares of high, emotional notes (she’s no Adele). She tends to stay in a set range, as though she’s speaking, but the words possess a painful yearning.

“Don’t break me down,

I’ve been travelin’ too long,

I’ve been trying too hard.”

The song talks about the open road — and it’s ironic because this is perfect “long drive” music. Angelic background singers add to this creamy, eerie song, and you almost feel as conflicted as the person the song is about. Simple. Straightforward. Beautiful.

Quite honestly, I keep reading how brilliant Lana apparently is, but most of the time I’m wondering what she’s saying. I mean, she actually named one of her songs “Diet Mountain Dew.” Of course, RapGenuis.com hypothesized that had something to do with how the soda is cancer causing and the guy she’s discussing is bad for her too. (Point noted, but isn’t that what they say about all diet sodas?).

Since this is her first track of the re-release, it may suggest that most of the tracks will have the same soothing overtone. I mean, that is the type of music you would want in “paradise,” right? Say what you will, her voice has a majestic, pecuiliar, almost alien-like appeal, and she’s an asset to music today.