Seth MacFarlane is set to host the 2013 Academy Awards. Are you pumped for the funnyman to host the typically boring show? 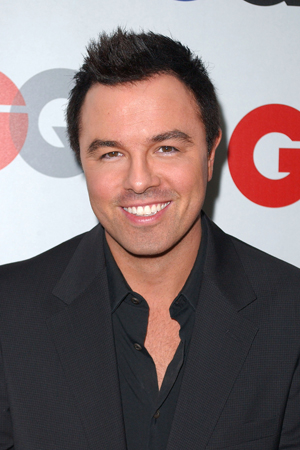 Yes! The 2013 Academy Awards are sure to be a fun affair since Family Guy creator Seth McFarlane was just announced as host.

“[I’m] ecstatic. I was surprised,” the comedian told Deadline. “I have done a fair amount of hosting in the past, but nothing of this magnitude. I was very, very pleasantly surprised.”

The choice to hire MacFarlane as host came after his well-received hosting gig on Saturday Night Live in September.

“He was great on SNL, he’s an amazing, amazing host and we’re well aware of the multi-faceted Seth. It has been a great year for him, so why not have him be considered. I think what we wanted was the consummate host, whatever came along with that package and we think Seth is that person,” Oscar show producer Neil Meron said Monday morning.

“The thing that makes us most excited about Seth is that in order for us to produce a show that is versatile and has great entertainment value, the more diverse the host is the better the show,” co-produced Craig Zadan added. “The fact is Seth does everything. He does comedy, he sings, he dances, he’s a great comic writer; I could go on and on. He just does so many things so well, he gives us an embarrassment of riches to create a show that is really entertaining.”

Oscars producers tried to cultivate a fresh approach to the show in 2011 by hiring Brett Ratner and Eddie Murphy as director and host, respectively. However, that all ended when Ratner went on a tirade against gay men and women and subsequently resigned. Murphy dropped out a few days later.

Frequent host Billy Crystal was then added to the show. He did a fine job, but it was more of the same tired antics rather than a fun show. At least we know MacFarlane will make it fresh.

Watch Seth MacFarlane tell his dad about hosting the Oscars

Do you think Seth MacFarlane will make a good Oscars host?