They say everything is bigger in Texas, and that’s definitely true for the drama on the Style Network’s Big Rich Texas. The series is gearing up for season 3 and we got the dirt from some of the show’s top stars. 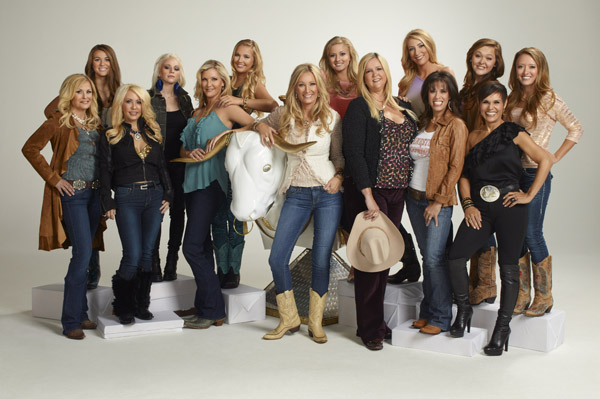 Big Rich Texas follows the lives of some of the wealthiest women in Texas and their daughters. You’d be surprised at all the drama, backstabbing and action that happens among these southern belles. After a big blowup at the country club in last season’s finale, we are eager to find out what’s next for the mother-daughter duos on Big Rich Texas. We talked to two of the shows biggest stars — Bonnie (Bon) Blossman and Leslie Birkland — as well as Big Rich Texas newcomer Cindy Davis to find out what to expect in season 3. 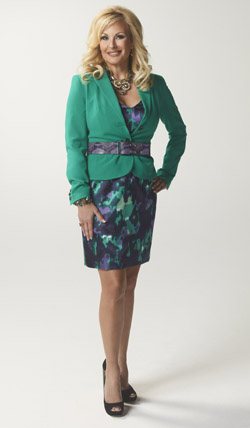 Single mom Cindy and her daughter Alex are new to Big Rich Texas this season. Cindy is living off a trust fund and enjoys shopping and cocktails. So how was she treated by the other ladies on the show?

“Everyone was pretty nice and welcoming,” she tells us. “I was afraid, of course, because I didn’t know what to expect. I had watched the show before, but didn’t know how much is real. You don’t know going into it who is going to stab you in the back and who is going to be a true friend. I was kind of surprised, because the people I didn’t think I would get along with I ended up being close to. I have pretty good relationship with all the girls on the show — well, at least I think I do.”

Leslie, for one, does like her. “I think Cindy is really a lot of fun. She’s fun and she’s smart. She’s new, so she’s a little green and figuring out what being part of the club is all about. But I really, really like her a lot.”

Bon’s fondness for Cindy wasn’t instantaneous. “At first I didn’t like her very much,” Bon told us. “I was kind of cautious. She didn’t fit perfectly in with the rest of us like a puzzle piece, but she grows on you.” 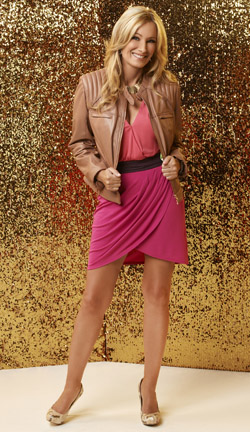 Leslie has her share of enemies at the country club, but that isn’t holding her back from making a name for herself among the Dallas elite. She’s busy coaching her goddaughter Kalyn in the pageant scene, and this season she has a new man in her life — or does she?

Rumor has it that Leslie has a new billionaire boyfriend, but some of her castmates aren’t buying it.

Well, Cindy knows that he exists, but she isn’t sure he’s a billionaire. “I actually met him off camera,” she explains. “I don’t know how that’s all going now, and I don’t know how much sincerity was there on her part, but there was a guy. I’m not sure that he was a billionaire — I didn’t check his bank account or anything, but I did meet him.”

Leslie tells us not only does he exist, but they are still together now. “Fortunately, I believe very early in the season, the audience will get to see him. He’s really the best man that I have ever known. We’ve been together for about eight months now and he’s absolutely wonderful. I’m still in that giddy phase about him.” 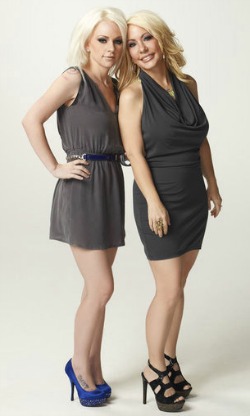 Bon’s relationship with her daughter Whitney has had its ups and downs — including Bon kicking her out for a short time last season. One of the biggest topics of conversation among fans of the show was Whitney’s desire to get plastic surgery. So does she still want to do it?

“I don’t think that will ever go away,” explains Bon. “She’s wanted boobs ever since she saw a picture of Pamela Anderson in a cropped shirt with some under-cleavage — that was when she was 14.”

The drama and the schedule can be tough on relationships, as Cindy quickly found out. “Going into the show, I thought it would be a great opportunity for Alex and I to do something together and spend a lot of time together. But with the hours and the different shooting schedules — there were many times when we were not together a whole lot. We have gone through a lot of growing pains. We definitely got at each other during the filming, which you’ll see. We are fine now, but just the hours and the schedule — it gets to you.”

Leslie says that her bond with her goddaughter Kalyn has really grown during the show. “I am so impressed, she is so remarkable. For me to witness her grow into a young lady and the changes she’s made on her own. I’m so thrilled with her and the life choices she’s made.”

“I can definitely say there’s a lot of drama… real drama,” says Cindy. “A lot of fighting and a lot of surprises. The finale was a total shock, even for me. I actually cried on camera, and that’s something that I don’t do.”

So what’s the big drama all about? Maybe Bon gave us a clue: “I will never be friends with Leslie again. She did something horrible to my family and I’ll never forgive her. Of course, you’ll have to stay tuned to find out what that is.”

Watch the season premiere of Big Rich Texas on Sunday, Oct. 7 on the Style Network at 8/7C.