It’s summertime in The Hamptons and Emily is back with a new mystery to solve, and a whole new pile of revenge to dish out. Can you guess who’s first on her list? 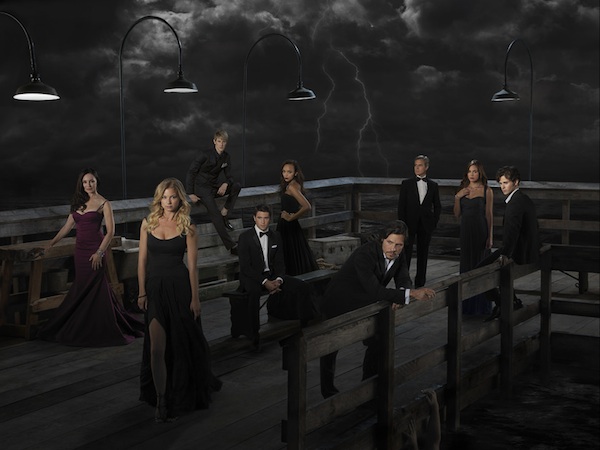 Things sure have changed in the quaint area of The Hamptons in a year. Ashley Davenport (Ashley Madekwe) finally nabbed the position of First Lady of the Grayson house since Victoria’s (Madeleine Stowe) unfortunate demise when she started dating Daniel ( Josh Bowman). Fake Amanda (Margarita Levieva) is pregnant with Jack’s (Nick Wechsler) baby and the empty liquor bottles rolling around his boat are proof of how happy he is about that. And Charlotte (Christa B. Allen) is celebrating 60 days of sober living, which I’m sure is not an easy feat with that family.

And, of course, there is Emily (Emily VanCamp), who is now focusing all of her obsessive energy on finding out where her mother (Jennifer Jason Leigh) is and who’s to blame for her disappearance. In an effort to restore lost memories, she returns to train with Takeda in Japan. In one exercise, she’s tied to a log and nearly drowns before a memory of her mother comes flooding back (I would have tried the less dangerous hypnotherapy approach first, but hey, to each her own).

The memory sends her rushing back to The Hamptons to reconnect with her revenge-seeking wingman, Nolan (Gabriel Mann), who’s looking mighty fine without his shirt this season. Together, they embark on their newest scavenger hunt that begins at a decrypted hospital that looks like it has zombies lurking around every corner. Emily’s mother was once a patient there, presumably in the psych ward (the arm restraints kind of gave it away). And, no surprise here, the dusty patient visitor log points them right in the direction of Victoria Grayson. Is she to blame for the mother’s disappearance? 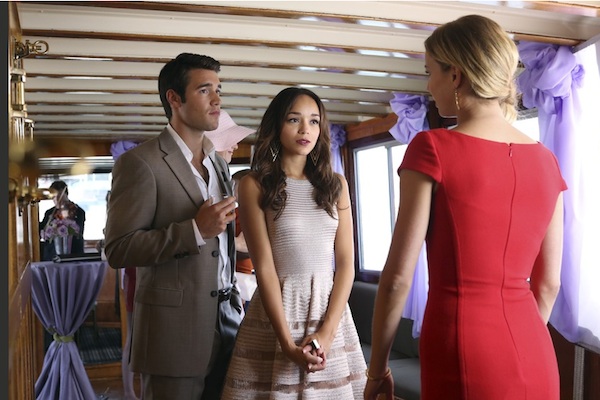 And then comes the juicy part. The whole clan comes together to honor Victoria at a memorial service when Charlotte’s blood work comes back positive for drugs and she must be dramatically escorted out of the party at that moment! Before she leaves, she whispers to Emily the location of Victoria’s hiding place. That’s right! Victoria is alive. Did we really expect anything less from a such a sneaky bunch of secret-keepers?

As usual, we’re left with a lot of lingering questions, such as “Is Mr. Grayson really doctoring Charlotte’s blood tests to get his hands on her inheritance?” and “Is Amanda’s baby really Jake’s?” But, there is one thing we know for sure: Victoria Grayson is ready to eliminate anyone who stands in her way and dares to reveal her secrets. No doubt, Emily is first on her list.

Catch a glimpse of what you missed from Season 2’s first episode in this clip!