The show must go on, but the backstage brawl marred an otherwise celebratory night for hip-hop. 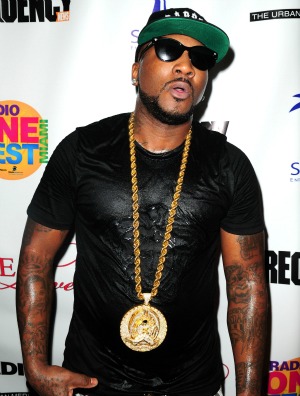 Last night at the BET Hip Hop Awards in Atlanta, Georgia, a fight broke out backstage during a tribute to Chris Lighty, a successful music executive who committed suicide in late August. The brawl began when rappers Rick Ross and Young Jeezy exchanged words.

Related story Want to Make Your Cheese Taste Better? Play This Music for It

In fact, DJ Funkmaster Flex even tweeted the moment the incident happened: “Jeezy and Rick Ross just had words backstage!! Pushing and shoving.”

The news traveled quickly, as his post was retweeted over 2,200 times.

The fight then spilled into the Atlanta Civic Center parking lot when police were called in. A crowd had gathered around the altercation, so the cops had to use pepper spray to disperse the cluster of onlookers. No arrests were made, and no injuries were reported.

Intially, there were reports of gunfire. However, Atlanta police confirm that no shots were fired in the conflict. The audience watching the awards show had no clue what was happening behind the scenes or in the parking lot, but the building was put on temporary lockdown during the melee.

BET released a statement today stating, “BET Networks works very hard to bring the best in entertainment to the city of Atlanta. For the past 7 years BET has celebrated the true art form of Hip Hop. Due to some misjudgment of select attendees, it is unfortunate that certain incidents took place. BET Networks does not condone any type of violence. Local authorities are working to resolve the situation as quickly as possible.”