On Twitter this week, a photo surfaced that’s purportedly of former Lipstick Jungle actress Brooke Shields lighting up a joint next to a punk-band frontman. 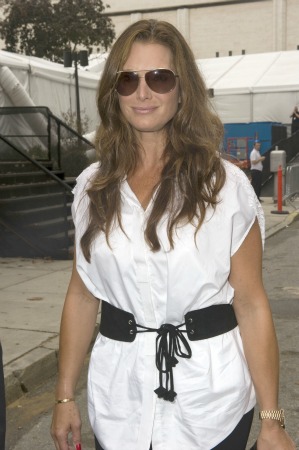 Recently on Twitter, there surfaced an old photo of a young Brooke Shields smoking pot next to H.R., the lead singer of Bad Brains. While the photo hardly feels scandalous in 2012, it was supposedly taken in 1983, during a time when Shields was trying to present herself as a role model to teens.

The photo was posted on Twitter by @davehill77 on Sept. 26, and it has been retweeted over 196 times. He claims to have found the photo on Facebook, but the photo has actually been making the rounds on Tumblr for the past year. It took a Twitter posting to make this picture resurface into the mainstream.

A spokesperson for Shields spoke to E! News and claimed, “That is definitely NOT her.” On the other hand, Bad Brains’ manager, Anthony Countey, recounted to Gawker, “It’s her. This would be from 1983. Hair length, and H.R. missing that tooth he knocked out hitting a huge stage divider pole at the Reggae Lounge. Brooke would have been around 18, maybe still a Ford model.”

While that photo sure looks like the former model, she may be trying to protect an image that was created back in the early days of her career. By 1983, she had graduated from child actress to teen sex symbol with starring roles in The Blue Lagoon and Endless Love, but she was also trying to present herself as a role model for teens. To that end, she even filmed an anti-smoking public service announcement in which she stated, “I think people who smoke are real losers.”

While the actress denies reports that she’s the woman in the photo, the existence of the photo may have give the former Calvin Klein model a bit of new street cred.