Taylor Negron wasn’t the only famous actor to stay at the “Writer’s Villa” throughout the years. A sea of familiar faces were touched by the woman who tragically lost her life this week when she was murdered by the former Sons of Anarchy star. 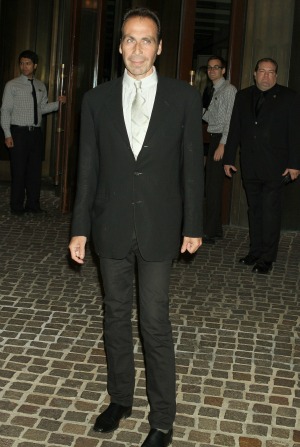 While much has been written about Johnny Lewis and the tragic series of events this week in Los Angeles, one person’s tale has been missing. Catherine Davis, the landlady who rented a room to Lewis and who was the victim of his psychotic actions this week, was well known in the entertainment industry for providing a safe haven for up-and-coming writers and actors.

In a moving tribute on the xojane website, actor Taylor Negron, known for films like The Last Boy Scout and Stuart Little, wrote, “Her name is Catherine Davis. And she is a Hollywood legend. A near saint. And a kind and loving mother to so many, including me.”

The beautiful, old home in Los Feliz, a neighborhood in Los Angeles, became a comfortable home for actors like Val Kilmer, Chris Parnell, Parker Posey and Thomas Jane. It was a place where those with an artistic bent held parties filled with food, drink and lots of creative talk.

Even after many of the celebrities left her nest to move on to their own homes, she would always welcome them back with open arms. Negron reveals, “Cathy was always catering meals for us from local restaurants, and long after I moved out, I would attend these long dinners on her flagstone terrace, where you would meet Dutch movie stars or violin soloists from Japan. Actors and writers put their best face forward as Cathy demonstrated to them that their dreams were not far from reach.”

Davis was a real-estate agent by day but an artist in her own right by night. She was in the process of writing a historical feature on the mother of William Randolph Hearst. Sadly, her own artistic dream will never be realized after her fateful encounter with Lewis.