Since Tom Cruise and Katie Holmes broke up, everyone has been waiting to see whom he would date next. It would make for quite the story if that next person just happened to be one of the only people with the same star power as Cruise. 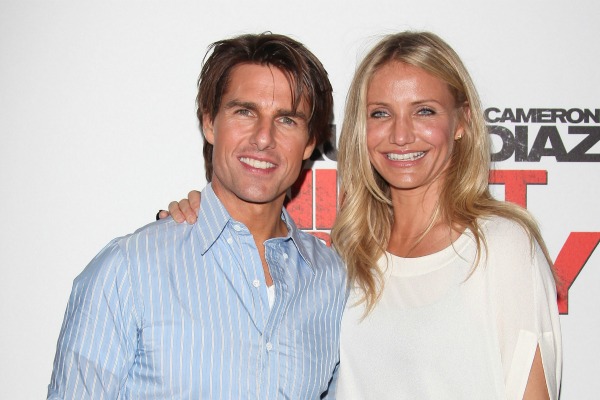 Since Tom Cruise and Katie Holmes split up, people have been on the lookout for the next Mrs. Tom Cruise. Or at least the next girlfriend. Now, Life & Style has reported that the new woman in Tom’s life may be none other than his Vanilla Sky co-star Cameron Diaz. But the actor’s rep is saying that’s simply not true.

“It’s false,” Cruise’s rep said to E! News. “They are friends.” The two have starred in Vanilla Sky and Knight and Day together, and it looks like they have remained friends. In 2010, Diaz spoke with Oprah about Cruise and his work ethic, although she could have been speaking about his possible girlfriends too.

“He has a very high standard,” Diaz said, according to Us Weekly. “So that’s a wonderful thing. That’s what you know you’re getting when you’re working with Tom. You know that you’re getting someone who is dedicated to bringing the best product forward possible, and to do that, you have to be engaged in the process.”

But Diaz seems a more likely candidate for a match with Cruise than Holmes did, since the 40-year-old actress is closer in age to Cruise, who is now 50, than the 33-year-old Holmes is. They have also been friends for a while, while Cruise and Holmes knew each other for a very short time before they started dating or even before they were married.

Diaz is single now, and we all know that Cruise is very single, but he does have a 6-year-old daughter. Holmes has custody of her, but Cruise has been seeing his daughter occasionally and has said that he talks to her online regularly.

Diaz has had a long line of famous boyfriends — including Jared Leto, Justin Timberlake and Alex Rodriguez — so dating someone just as famous as she is would be no surprise. But for now, it looks like she and Tom are just friends — but we wouldn’t be too shocked if the two did announce sometime soon that they were dating.