When J.K. Rowling announced she would be writing a non–Harry Potter book, her fans worried. And it looks like they may have had something to be worried about. 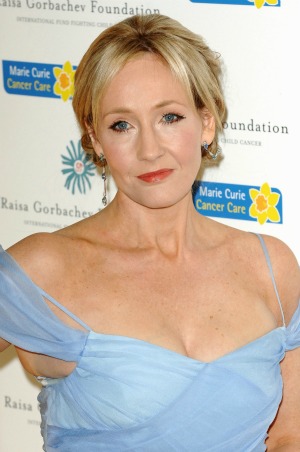 Harry Potter fans were left with a void after the last of the books ended, so when author J.K. Rowling announced she would be writing another book, they were hopeful. Rowling said that Harry Potter fans would like the new book, even though it is directed at a more adult audience. The book is about the people of a small English town struggling to help the poor while struggling against bureaucracy. According to Madeleine Crum of the Huffington Post, a man fighting for the lower class dies in the first pages, and that starts a fight among the townspeople.

However, the first reviews are not sounding good. “It’s easy to understand why Ms. Rowling wanted to try something totally different after spending a decade and a half inventing and complicating the fantasy world that Harry and company inhabited, and one can only admire her gumption in facing up to the overwhelming expectations created by the global phenomenon that was Harry Potter,” said Michiko Kakutani with The New York Times.

The books defined J.K. Rowling as an author and also made her a household name. So, it’s understandable she would want to try something new while not forgetting her past. However, Kakutani doesn’t feel Rowling made the leap in the right way.

“Unfortunately, the real-life world she has limned in these pages is so willfully banal, so depressingly clichéd that The Casual Vacancy is not only disappointing — it’s dull,” said Kakutani. Crum says that Rowling’s long-winded style worked for the Harry Potter series but is just plain boring in this book.

“Rowling belabors several points in The Casual Vacancy — enough to make one wonder whether she and Charles Dickens have more in common than their focus on class. Was she paid by the word?” asked Crum.

And Rowling agrees. She knows that people may just hate the book. She told The Guardian she is proud of her new novel, even though it’s possible people will hate it. “The worst that can happen is that everyone says, ‘Well, that was dreadful, she should have stuck to writing for kids,’ and I can take that,” said Rowling. “So, yeah, I’ll put it out there, and if everyone says, ‘Well, that’s shockingly bad — back to wizards with you,’ then obviously, I won’t be throwing a party. But I will live. I will live.”

For any Harry Potter fan, it may be worth checking out the book anyway. But if you are looking for a replacement for your wizard obsession, this book is probably not it.