The former governor of California finally opens up about his affair with his housekeeper, his son from that relationship, and the end of his 25-year marriage to Maria Shriver. 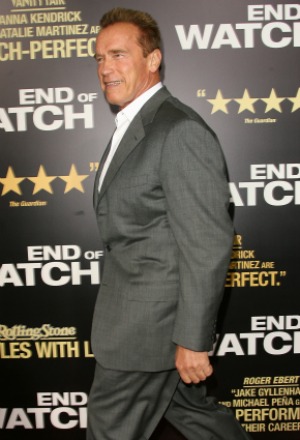 Television’s longest-running primetime show, CBS’ 60 Minutes, opens its 45th season with a whopper of a story. Former California Governor Arnold Schwarzenegger opens up to reporter Leslie Stahl about the affair he had with his housekeeper, Mildred Baena.

The cheating scandal surfaced in 2011, just after Schwarzenegger left his post in California. Not only did the disclosure of the affair end his 25-year marriage to Maria Shriver, it also revealed that a child had been born from that liaison.

Joseph, the son of Schwarzenegger and Baena, turns 15 years old next month. The revelations shocked the public, since much of the affair had happened in the Shriver-Schwarzenegger household. Schwarzenegger kept the secret from his wife for 14 years, until she confronted him during a marriage counseling session on the day after he finished his gubernatorial term in January 2011.

In his new book, Total Recall: My Unbelievably True Life Story, Schwarzenegger reveals, “The minute we sat down, the therapist turned to me and said, ‘Maria wanted to come here today and to ask about a child — whether you fathered a child with your housekeeper, Mildred [Baena].'”

According to the autobiography, the affair began in 1996 when Schwarzenegger was home alone shooting a movie and Maria and the kids were out of town. Shriver is rumored to have suspected that her husband was the father of Baena’s son, due to the strong resemblance between the two.

The former governator does say it was “the stupidest thing I’ve done in the whole relationship. It was terrible. I inflicted tremendous pain on Maria and unbelievable pain on the kids.”

Schwarzenegger’s new book will be available beginning Monday, Oct. 1, but if you can’t wait till then for all the details, check out 60 Minutes on CBS this Sunday at 7/6c.