After romancing Tom Cruise on the big screen in Rock of Ages this summer, Malin Akerman is taking a different turn on the small screen and in real life. 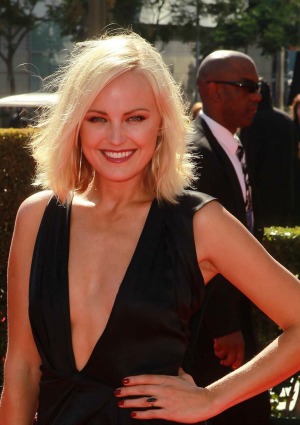 There’s a series of firsts on the horizon for Rock of Ages actress Malin Akerman. She will not only be starring in her first network TV series, but she has also announced her first baby is on the way.

A few days ago, Akerman was confirmed as lead in a new show called Trophy Wife. The show follows a former wild child who finds herself falling in love with a man who has two difficult ex-wives and three bratty kids. The series will air on ABC later next year.

While this is Akerman’s first network series, she co-starred with Lisa Kudrow in The Comeback in 2005 on HBO, and she has spent two seasons on the comedy Children’s Hospital on Adult Swim.

Today, Akerman also had some big personal news to announce. She and her husband, Roberto Zincone, are expecting their first child together. She met her husband while singing in the alternative rock band The Petalstones. While the band struggled to make it and eventually broke up in 2005, Akerman and Zincone, who was the band’s drummer, sang in harmony on a personal level. They married in 2007 in Italy, even though many thought the pairing wouldn’t last.

Having a family has always been a priority for the actress. The Couples Retreat star told Women’s Health back in March 2009 that “I’ve always wanted a big table of kids. But we’ll probably end up having two of our own and adopting one.” No word on when Akerman is due, but it looks like she and Zincone are already on their way.