Kate Gosselin a child abuser? An author says its so, but we’re questioning his motives. 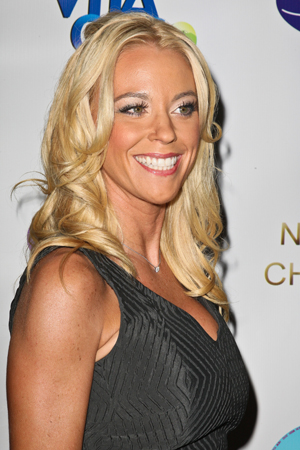 Parenting one child isn’t an easy job, so we assume parenting eight pre-teen children — especially as a single parent — isn’t easy. However, it’s even harder to parent eight children under the intense scrutiny of the media — just ask Kate Gosselin. The former reality star mom is under fire now for allegedly beating her children.

Win a date with Kate Gosselin >>

She was beating 2-year-old babies in diapers,” reporter Robert Hoffman told Star, citing “secret journals” he found. This is already suspect, but let’s go on.

“I don’t judge somebody for spanking, but what Kate wrote in her journal is just absolute violence,” he continued, adding that she hits her kids with a wooden spoon she calls the “Spanker.” “She uses that Spanker on a daily basis for anything and everything. The spanking entries are endless.”

He alleges she beats her children with a wooden spoon in his upcoming biography Kate Gosselin: How She Fooled the World.

Not a shocker: Jon Gosselin is still a d-bag >>

Sextuplet Collin seems to earn the brunt of Kate’s wrath, according to Hoffman.

“I sent him to his crib and whipped him into it very hard… I never felt that I may really seriously injure a child, but today was that day,” she wrote of the tyke, according to Hoffman. In another entry, she spanked him for sneaking candy.

“I really, really lost it! I pulled Collin up by the hair, and I spanked them so hard!”

So, how would the author get these “secret journals”? Her ex-husband, Jon Gosselin. Is that surprising? It shouldn’t be.

“Robert Hoffman and Jon Gosselin eventually became friends, or, in my opinion, Robert ingratiated himself to Jon. Jon gradually included Robert in his social activities, inviting him inside the fence, including him in dinners and on trips such as the one to Las Vegas for the Wet Republic pool party,” the blog Small Town Gosselins wrote of the friendship that started in 2009.

We all know Jon still has an ax to grind with his ex, but this is out of control. This revelation hasn’t stopped parenting groups from criticizing the mom, though.

“We certainly know that there are better, healthier and more effective means for disciplining children than the one being suggested,” James M. Hmurovich, President and CEO of Prevent Child Abuse America told RadarOnline.

We might not be Kate’s biggest fan, but this is a low blow — even for Jon Gosselin’s standards.

Do you think Kate Gosselin is abusive with her children, or is Jon Gosselin up to his old tricks?