The full moon isn’t until Sunday but some of this week’s headlines were so bizarre, it had us wondering if a few celebs were being affected by lunar activity a bit prematurely. Murders? Freakish paranormal activity? Advice from 50 Cent on controlling primal urges? Has the world gone mad? Help us make sense of this week’s f’ed up stories… 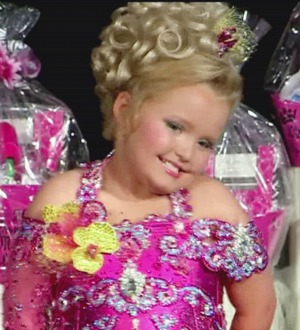 We’re still in shock that TLC thought profiling a group of backwards hillbillies was a good idea, but now Here Comes Honey Boo Boo…again? Just in time to ruin our holidays? This show made MTV’s Jersey Shore look like quality programming. Why do you think MTV is hanging Jersey Shore up after its sixth season? They recognize defeat when they see it. They’ve been beaten at their own game by a 7-year-old. There’s a new fungus on the big toe of society, and it’s fatter and more horrifying than Jersey Shore ever thought of being. Our apologies to the well-adjusted people of the south — and the rest of the world, for that matter. 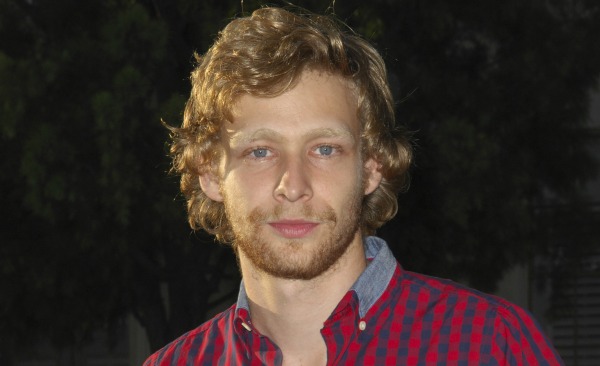 Hey kids, you know those drug ads that say, “Not even once?” Well, here is no-longer-living proof that mind-altering drugs are never a good idea. You never know when you’re going to lose all grasp of reality, beat the landlady’s cat to death, beat the landlady to death, and then either fall or jump to your death from a roof. Really? Come on, people. Not to make light of the situation in any way — you know there are little kids somewhere mourning the senseless loss of their grandma, Catherine Davis. What the hell happened here? Johnny Lewis had been described as a threat to himself and the community by a probation officer, and another probation officer said Lewis “needs counseling afforded by a professional.” Uh, yeah. That would have been useful about one dead cat and one dead old lady ago. 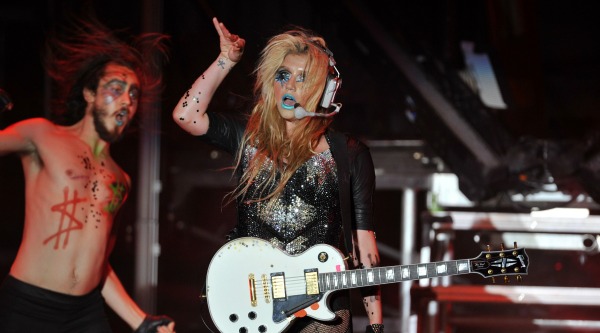 Another week, another celebrity who’s had sex with a ghost. Wait, huh? She did what? Honey, guys who vanish after they’ve knocked off a piece are called douchebags, not ghosts. How adorably clueless can a grown woman be? We’re certain this outlandish revelation has nothing to do with the shameless promotion of her new single Supernatural. (It’s tough to compete in a week where Madonna called Obama a “black Muslim.” What’s a girl to do? Ah, yes. Drum up tales of doing dark deeds with the dead.) 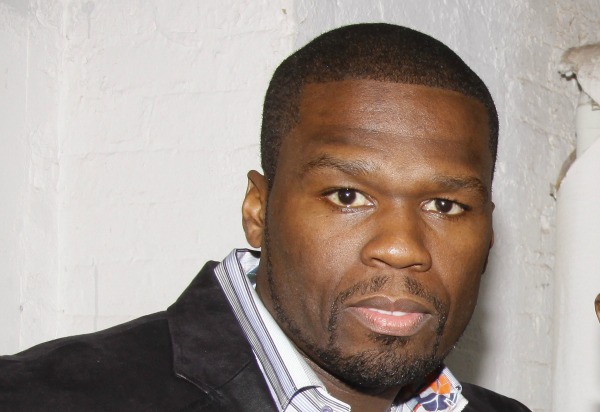 And in this week’s he-had-to-have-been-kidding category, 50 Cent — father of X-rated lyrics — informed the public how to resist sexual urges. Huh. That message is typically taken more seriously when issued by people who don’t publicly boast, “I’m into havin’ sex,” and “Her girlfriend willin’ to get bi and they ready to go.” In the memorable words of Church Lady, “Well, isn’t that special?”

Dr. 50 Cent tells us how to resist our sexual urges >>

This week, Lil Wayne beat Elvis’ Billboard record. Okay, now we know there is some sort of celestial anomaly taking place. Is this some kind of lil’ joke? Not to take anything away from the rapper whose rap sheet is longer than the string of songs he’s had on Billboard’s Hot 100 Chart, but we’re pretty sure The King is flopping around in his Graceland grave. For those who were outraged by this report (the three of you who weren’t can skip the rest of this), be assured this headline was a bit misleading. Lil Wayne has had 42 songs on his own, and was featured in the 67 other songs listed on Billboard’s Hot 100 Chart. Also, Presley’s 108 songs on the chart don’t include the hits he had prior the chart’s inception. Elvis can rest in peace… for now.