Harry Potter actor Daniel Radcliffe may be interested in a starring role in director Paul McGuigan’s Frankenstein movie, which would bolster the actor’s horror-film cred. And get ready for some nude scenes in upcoming films. 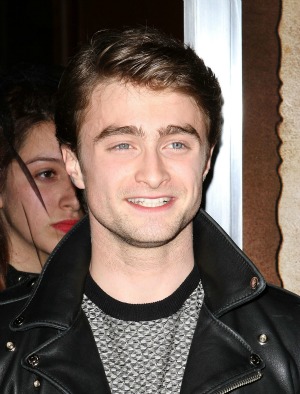 Daniel Radcliffe, who recently appeared in The Woman in Black and is to shoot the horror-thriller Horns, may be adding another horror film to his credentials, The Wrap reports.

The Harry Potter actor is reported to be considering the leading role of Hunchback (a character known as Igor in other Frankenstein films), who helps Frankenstein create his monster.

The film has been described as a revisionist, sci-fi take on the Mary Shelley novel in which a monster is created through scientific experimentation.

Director Paul McGuigan, who has directed four episodes of the BBC’s Sherlock series, was attached to the project earlier this month after an earlier director, Shawn Levy, dropped out over budget issues.

The Twentieth Century Fox film is apparently still having its script, by Max Landis, finalized. The Wrap describes the Hunchback character as “pathologically dirty and dressed in old clown’s clothing.”

At least he’s dressed. “I’m becoming one of those actors who just always get naked,” he told the Star on the set of the romantic comedy The F Word, in which he appears in his birthday suit. “It seems that way. It’s not the intention, I promise.”

Radcliffe famously appeared naked onstage in New York and London in the play Equus, his first role after the Harry Potter series. He also has nude scenes in his role as Allen Ginsberg in John Krokidas’ upcoming movie Kill Your Darlings.

Do you think Daniel Radcliffe will look good in a hump?