In the aftermath of Sons of Anarchy actor Johnny Lewis’ apparent slaying of an 81-year-old woman and his own suicide or accidental death, it is becoming clear that there were multiple warning signs of his dangerous condition. 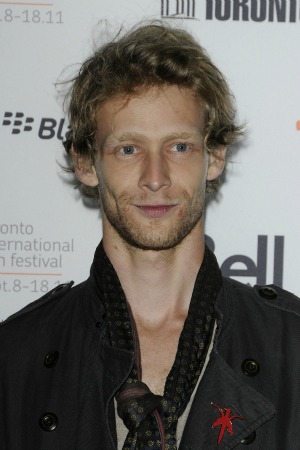 As police seek to bring clarity to the bizarre events that ended in the death of 81-year-old Catherine Davis and her cat, and the suicide or accidental death of actor Johnny Lewis, probation reports issued months before Wednesday’s debacle made it clear that Lewis was unstable, The Seattle Times reports.

Four months ago, a probation officer stated that he was “very concerned for the well-being of not only the community but that of the defendant.”

By that time Lewis, best known for his work on the Sons of Anarchy series in 2008 and 2009, had had several brushes with the law, including trying to break in to an unoccupied home in Santa Monica, California, resisting arrest, and assaulting two men with a bottle. He was sent to treatment programs specializing in drug and alcohol addiction and mental illness.

In May a probation report noted, “The defendant suffers from some form of chemical dependency, mental health issue and a lack of permanent housing. Given this, [Lewis] will continue to be a threat to any community he may reside.”

Yet another, earlier report said, “Obviously defendant’s behavior is out of control and needs counseling afforded by a professional.”

Lewis’ attorney, Jonathan Mandel, said he had recommended treatment for his client, who declined it.

In addition, Lewis may have been involved in a custody battle over his child.

Yesterday, Sons of Anarchy creator and executive producer Kurt Sutter tweeted, “It was a tragic end for an extremely talented guy, who unfortunately had lost his way. I wish I could say that I was shocked by the events last night, but I was not. I am deeply sorry that an innocent life had to be thrown into his destructive path.”

Lewis was on supervised probation at the time of his death.

Did the justice system fail Johnny Lewis and his victim, Catherine Davis?