It’s been a long time since Kutcher and Moore split, so why hasn’t either of them filed for divorce? Some are saying it’s because they were never married in the first place. 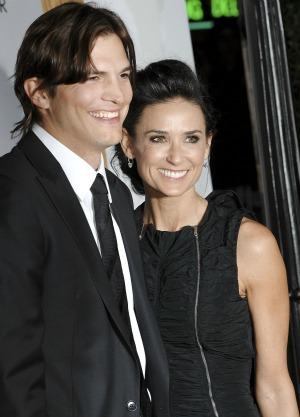 It’s already been almost 11 months since Demi Moore and Ashton Kutcher shocked the world with news of their split, so why haven’t the couple made their divorce official? According to the Huffington Post, neither Kutcher or Moore has legally filed for divorce. Does that mean they’re having a hard time moving on from each other?

Kutcher has been spotted with former That ’70s Show co-star Mila Kunis, and it looks like he has obviously moved on (at least based on the pictures that have been taken of the actors).

But has Moore? Some think she is still hoping for another chance with Kutcher. But it’s also possible she hasn’t filed for divorce for another reason altogether.

“Sources close to the couple have speculated that their Kabbalah wedding was just a symbolic ceremony and not a legal marriage, and her actions now seem to back up those claims,” said RadarOnline. Back in November 2011, Moore was the one to announce the separation, saying Kutcher had cheated on her on their sixth wedding anniversary.

“As a woman, a mother and a wife there are certain values and vows that I hold sacred, and it is in this spirit that I have chosen to move forward with my life,” she said in a statement in November, according to RadarOnline. Whether those vows were legal or just symbolic, she felt they were important. But even so, the actress never legally filed for divorce.

So while it looks like the couple is having a hard time moving on, it’s possible they moved on a while ago. Kutcher has been out with Kunis regularly lately, and Moore has been connected with a few men in the last year. If the wedding wasn’t official, they don’t have to do anything officially to end the relationship, so we may never see either of them file for divorce.