The actress has been charged with multiple crimes from incidents over the summer, but she wasn’t even in the state when her plea was entered this morning. 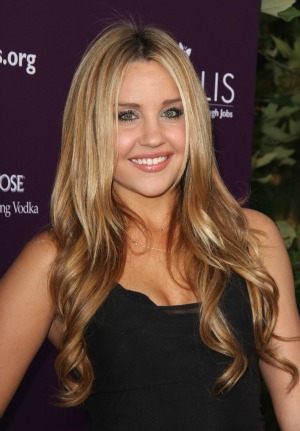 Today, she pleaded not guilty to both charges. Rather, her lawyer pleaded not guilty for her. Bynes wasn’t even in the state when the plea was entered, according to People. The judge has ordered Bynes to be back in California within 48 hours of her Oct. 19 hearing. The 26-year-old actress is facing multiple other charges too, including two counts of driving with a suspended license and a DUI.

“The actress’s April case was reopened following the Aug. incident, during which a driver claimed that Bynes rear-ended and damaged her Toyota, the Los Angeles Times reports,” said People. “The allegations state Bynes stopped only briefly, declared there was no damage and drove off.”

Bynes said when she stopped during that crash, the other woman involved agreed there was no damage and that is why she left. But according to the LA Times, there was $800 in damage and the law requires she report it to police or insurance.

After her DUI arrest in April, she told the newspaper, “I can’t help but laugh at all of you writing fake stories about me. I was not in any hit-and-runs. I don’t drink so the DUI is false.”

The actress doesn’t seem too worried about the charges. According to E! News, she was out shopping in New York while her lawyer was entering her plea. Celebuzz also saw her spend two hours at a cupcake shop in New York City on Wednesday night.

Until her Oct. 19 court date, Bynes has been ordered not to drive on her suspended license, so she may actually be safest staying in a city with so much public transportation.