The CW’s Emily Owens, M.D. is checking in early. The network is giving audiences a sneak peek at the show’s pilot episode. Therefore, we can finally see what all the fuss is about. Could Emily Owens be the next Ally McBeal? 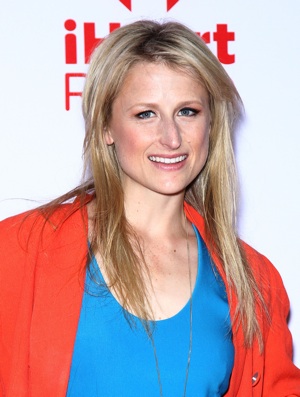 Earlier this month, a lot of networks began streaming pilot episodes online for viewers. Now, The CW is hopping on the preview train.

It’s a great way to generate early buzz through word of mouth and social media. For some shows, this marketing technique has worked, while others have yet to reap the benefits.

Unlike ABC, NBC, CBS or FOX, The CW’s premiere season doesn’t begin until October. So while viewers are watching the competition, The CW’s schedule will be on ice. But today, the network changed its tune. The folks at The CW have decided to give us a first look at one of their most anticipated new shows — Emily Owens, M.D.

The CW to turn doctor drama up with Emily Owens, M.D. >>

From Oct. 1 through Oct. 14, fans will be able to view the pilot via CWTV.com, Facebook, Twitter, YouTube, Hulu, The CW mobile and tablet apps, and as a free iTunes download. It will be everywhere!

The series stars Mamie Gummer as the title character and follows her rough start as a first-year intern at a major hospital. It’s a quirky dramedy that proves no matter how old you get, you never outgrow all your juvenile ways. Sounds like our kind of show.

New clip: Justin Hartley gets Emily Owens in the mood >>

Will you tune in early or wait for its TV premiere?