Nicki Minaj has a lot on her plate right now, and she may be adding one more item. There is talk that she is getting her very own reality show. 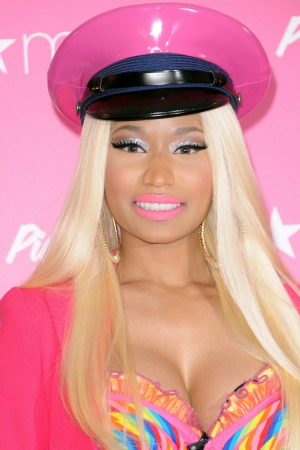 As if Nicki Minaj has any extra time on her hands, she has hinted that she will soon be filming a reality TV show. The singer just signed on as a judge for the new season of American Idol, along with Mariah Carey, Keith Urban and Randy Jackson. But in an interview with Perez Hilton, she was asked if a new show was in the works.

“That, I’m going to keep a secret for now,” she said. But according to Celebuzz, she is “considering” it. She explained that she now realizes the more she ventures into the public eye, the more popular she becomes. So maybe it’s time to give her fans (and future fans) more of an insight into her life.

But what would the show be about? There is no word on that yet, but if cameras were to just follow Minaj around, chances are the show would be interesting enough to keep people watching. Hilton’s site said that Minaj has already signed up for the show and is filming now, but she is staying quiet on that.

According to Celebuzz, the show would reportedly air on E!, meaning it would be sharing the screen with shows like Keeping Up with the Kardashians. The network itself has also not commented on the possibility that the show is in the works, so it’s not clear where Hilton got the idea, but he seems to be right more often than not.

If Minaj is getting her own TV show, it may be a good chance to see what happens behind the scenes of American Idol. And we may get a good look at what the other judges are really like.

12 hrs ago
by Federica Bocco