Brian Wilson’s been fired! The Beach Boys are sans one Brian and two other bandmates after a press release was sent out Wednesday. The canning likely came as a shock to the trio, who reportedly weren’t informed before the public announcement that their fun, fun, fun was coming to an end. Bad vibes, Beach Boys. 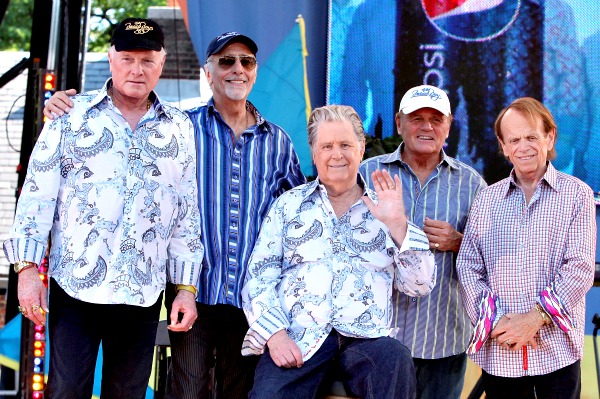 The Beach Boys have fired Brian Wilson, along with two other members of the “Good Vibrations” band. In a surprising move, the group has sent out a press release announcing to fans — and the ousted bandmates themselves — that there’s a Beach Boys shake-up going down.

“The post-50th-anniversary configuration will not include Brian Wilson, Al Jardine and David Marks,” The Beach Boys’ firings statement reads in a matter-of-fact tone. “The 50th Reunion Tour was designed to be a set tour with a beginning and an end to mark a special 50-year milestone for the band.”

So, for Brian Wilson, Al Jardine and David Marks, that means a warm, fuzzy 50th reunion, and then out!

“I’m disappointed and can’t understand why [Mike Love] doesn’t want to tour with Al, David and me,” Brian Wilson told CNN in reaction to the three Beach Boys’ firings. “We are out here having so much fun. After all, we are the real Beach Boys.”

If not Brian Wilson and the others, who will fans of the group see perform after the tour concludes? Mike Love, cousin of the fired frontman, is having the group’s longtime backing band step in — a band that happens to include his son Christian.

Mike Love went on to explain that the firing of Brian Wilson and the others was financially motivated — though not informing the now ex-members before the press release sounds suspiciously personal!

“You’ve got to be careful not to get overexposed,” Love stated. “There are promoters who are interested [in more shows by the reunited lineup], but they’ve said, ‘Give it a rest for a year.’ The Eagles found out the hard way when they went out for a second year and wound up selling tickets for $5.”

One thing’s for sure: The final concert of the 50th Reunion Tour at Wembley Stadium, scheduled for Sept. 28, is about to get awkward.

Are you surprised to hear The Beach Boys have fired Brian Wilson?