The swimmer has had fun on the side, but it looks like he wants to return to his one true love (for more than one night), the pool. 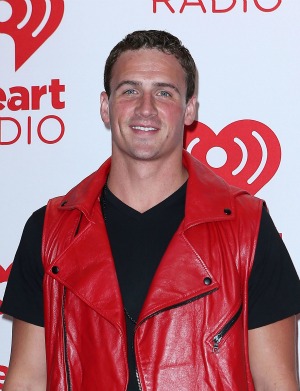 As soon as Ryan Lochte returned from the Olympics (and maybe even before that), he promised he would be in Hollywood soon, and he did not disappoint. He has appeared on different TV shows, including as a fashion correspondent for Extra. This week, he also filmed cameos for 30 Rock and 90210.

But Lochte has decided to return to his one true love (which I’m sure we all know isn’t a woman, since it seems he might have a hard time committing). The swimmer said he has returned to the pool. And while he may appear on TV shows or in movies in the future, he will only do it if it doesn’t interfere with his training schedule. “If it fits into my training,” he said, according to Sandy Cohen with the Associated Press, “I’ll do it.”

Lochte also appeared on stage at the iHeartRadio Music Festival, and Seth MacFarlane spoofed him on this season’s premiere of Saturday Night Live. It’s possible the swimmer knows his venturing into Hollywood will provoke these kinds of spoofs, and so, he is going to stick to what he does best. In fact, he is so good that he won five gold medals at this year’s Olympics.

But he did say he “had a blast” on the different sets he appeared on while following his acting dream, according to Cohen. If he keeps up his swimming, there is a good chance we will be seeing him again in four years. And since teammate Michael Phelps has announced his retirement, we may be seeing more and more of Lochte.

30 Rock will be premiering its new season next week, and Lochte will appear at a future date. The show is kicking off its last season this year, and according to USA Today, the swimmer will be playing a “sex idiot” on the show. And Tina Fey told the newspaper, “He was good at it.”

17 mins ago
by Scarlett Harris