The rapper has achieved everything he set out to achieve, and by buying a basketball team and bringing it to his hometown, he feels he is living the ultimate American Dream. 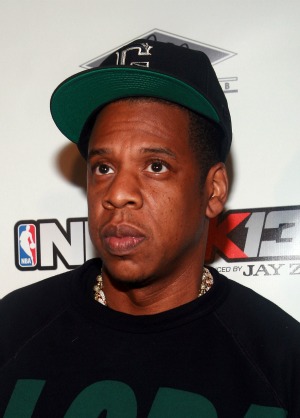 Jay-Z and Beyonce had their first baby — Blue Ivy — not long ago, and the rumor mill is busy with talk that a second baby could be on the way. But Wednesday night at the launch of the video game NBA 2k13, Jay-Z cleared up those rumors. E! News asked him if he and Beyonce were expecting another baby.

“Tonight?” said Jay-Z. “No.” Asked if they would be having another baby in nine months, he said, “Not in nine months. Absolutely not.” E! kept prodding, asking if they might be having a baby in seven or eight months. “No,” Jay-Z responded. “Not in one, two, three, four, five, six, seven, eight or nine months.”

But that doesn’t mean they won’t be having a second baby eventually. However, it looks like Blue Ivy will be an only child, at least for another nine months.

For now, though, Jay-Z has been staying busy. He feels like he is living the ultimate American dream by bringing a major sports team back to his hometown of Brooklyn. “The 43-year-old music mogul and entrepreneur says when he was a kid growing up in Brooklyn, he pretended on the basketball court to hit the winning shot at the buzzer,” said John Carucci of the Associated Press.

But the rapper is all grown up and has been successful enough to do what he can to help out his hometown. “He never dreamed he’d own a basketball team,” said Carucci. “Now Jay is part owner of the Brooklyn Nets and instrumental in moving the franchise from New Jersey.”

Jay-Z is not only bringing the team to the new arena but will be kicking off its opening with an eight-show run. According to Carucci, Jay-Z told a crowd at the launch of the video game he feels his rags-to-riches story shows what is possible in America.