Grab your needle and thread, Lifetime has unveiled a new season of Project Runway All Stars. It will feature the designers you know and love, faced with new, more innovative challenges. 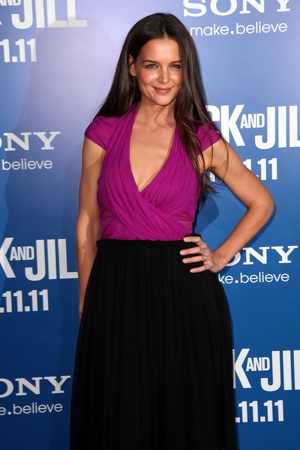 It’s time for another round of Project Runway All Stars. The Lifetime Network has just announced an impressive lineup for the upcoming second season. Not only have they selected a talented cast, but they’ve unveiled a new host and celebrity judges.

VIDEO: Inside info on the Project Runway experience >>

Project Runway All Stars: Who hit the high notes? >>

On the fashion side, designers Diane von Furstenberg, Jason Wu, Margherita Missoni, Charlotte Ronson, Rafe Totengco and Elie Tahari will also add their two cents during the competition. As for the contestants themselves, All Stars has chosen another lively bunch.

Get classy style: Project Runway’s Michael Costello shows us how >>

The winner of this season will take home $150,000 and win a sewing and embroidery studio and an all-expenses-paid trip to attend fashion weeks in Paris, London, Milan and Tokyo. They’ll also receive a technology suite/office space from HP and Intel, a fashion spread in Marie Claire magazine and a position with the publication as Contributing Editor for one year. And did we forget to mention the chance to create a collection for Nine West?

That’s not a bad deal!

Which designer are you rooting for?