In a forthcoming autobiography, Pete Townshend admits his lust for Mick Jagger, and describes Jagger’s assets in loving detail. 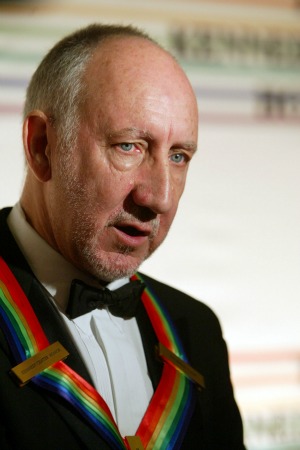 In an autobiography to be published on Oct. 11, titled Who I Am, legendary Who guitarist Pete Townshend said, “Mick Jagger is the only man I’ve ever seriously wanted to f***,” reports NME.

In the book to be issued by Harper Collins, Townshend also describes Rolling Stones frontman Jagger as “very well endowed” and his penis as “long and plump.”

This contradicts claims made by Jagger’s bandmate Keith Richards in his 2010 autobiography, Life, in which Richards scoffs at Jagger’s “tiny todger.”

Richards’ mockery reportedly angered Jagger, “hitting him where it really hurts,” as a British tabloid had it at the time.

Townshend’s reminiscences about Jagger echo comments he made at a July press conference to announce The Who’s fall Quadrophenia tour.

“What I remember of the size of Mick Jagger’s penis — I remember it as being huge and extremely tasty,” he said as his bandmate Roger Daltrey cracked up beside him.

The book, which was 15 years in the making, will chronicle the “My Generation” author’s “incredible life and elaborates on the turbulences of time spent as one of the world’s most respected musicians — being in one of rock’s greatest ever bands, and wanting to give it all up,” according to a statement.

During the writing of the book, Townshend was questioned by police about accessing Internet child pornography. Research for the autobiography was the reason he gave: “I believe I was sexually abused between the age of five and six and a half, when in the care of my maternal grandmother, who was mentally ill at the time. Some of the things I have seen on the Internet have informed my book,” he said.

Will you be picking up a copy of Townshend’s opus?