Keeping up the suspense, Paramount has released a second shaky-cam trailer, hinting at the plot of the upcoming Paranormal Activity 4. And continuing the horror franchise’s special connection with social media, Paramount lets Paranormal fans demand a sneak preview through Facebook. 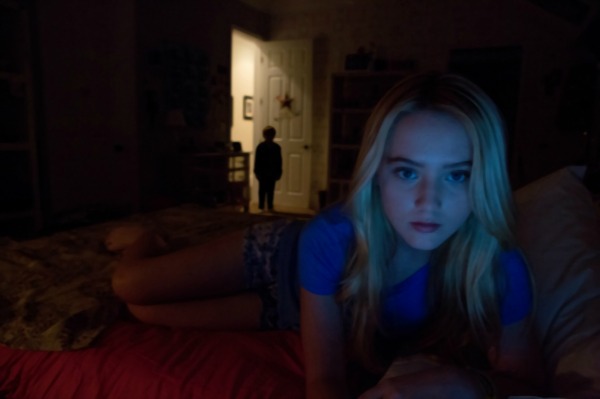 “Oh my God! What’s he doing?” “Robbie, who are you talking to?” “Nobody.” In elliptical snippets, the new trailer for Paranormal Activity 4 lets us know that all is not right in Henderson, New York. And that “Katie and Hunter’s whereabouts remained unknown … Until now.”

And trying to keep its grass-roots edge in pre-opening publicity, Paramount Pictures will debut the fourth film in the popular horror franchise in 25 cities around the world, depending on fans’ votes on Facebook. Facebook’s 955 million worldwide users can win a free advance screening in their city before the official Oct. 19 film opening by using the new “Want It” button on the film’s fan page.

The original Paranormal Activity, which cost a paltry $15,000 and was shot in documentary style, got a big boost from social media, resulting in top-grossing box office intake.

At that time, Paramount vice chairman Rob Moore told The Economic Times, “We all spend a lot of time talking about Facebook and Twitter and our ability to communicate. Here’s a case where it allows people to rally around a movie they care about and for them to have a sense of participation, then tell other people, ‘Hey, this is something you should see, too.’”

“The success of Paranormal Activity began with the fans who have championed the movie franchise from the very beginning through social media,” said Amy Powell, executive vice president of Paramount’s interactive marketing. “Now we’re creating an even more dynamic experience among the film’s community of fans.”

Fans can view the new trailer and vote for their preview city at the film’s website.

Get a taste of the new trailer for Paranormal Activity 4 below!