When the singer was arrested, she may not have realized how it would overshadow her newest album. She is letting the feud with police go but hopes people will remember her for her music. 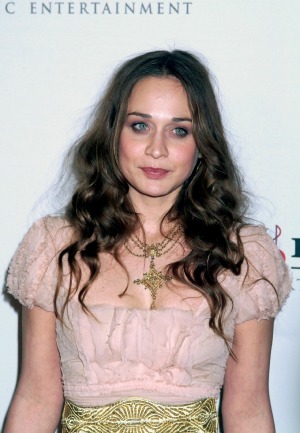 Fiona Apple‘s arrest last week has shined the spotlight on the singer once again, but she doesn’t think that’s a good thing. Apple was arrested at a checkpoint at Sierra Blanca, Texas, for possession of marijuana and hashish, and she later complained about how she was treated by police during the arrest, even though they said she admitted the drugs were hers.

But last night during her concert at the House of Blues in New Orleans, she had a new complaint about the arrest. She is worrying that the arrest has overshadowed the album that she is so proud of. “This record with me … I’m really sorry … All the work we did is being overshadowed by this bulls**t,” she said, according to TMZ.

Apple and the police officers involved have talked about each other publicly, and according to TMZ, the other night at a show, she kept mentioning a bizarre “lockbox” that she said contained proof of the abuses by the officers. But last night in New Orleans, she seemed to take back everything she had said previously.

The checkpoint where Apple was arrested has become infamous for arresting celebrities with drugs. Willie Nelson, Armie Hammer and Snoop Dogg (ahem, Snoop Lion) have all been busted there.

The singer’s first (and arguably, most popular) album, Tidal, came out over 16 years ago. While the singer is upset that the arrest may be taking attention away from her new album, The Idler Wheel…, it’s possible it may have put her back in the headlines enough to remind people what a great singer she is.

The Idler Wheel Is Wiser Than the Driver of the Screw and Whipping Cords Will Serve You More Than Ropes Will Ever Do was released June 19 of this year.