A group of megawatt stars band together to create a music video for National Voter Registration Day to encourage underrepresented groups who deserve to have their voices heard this November. 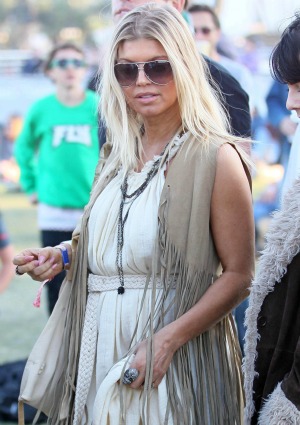 Black Eyed Peas singer Fergie is having a very busy week. First, she released a new family wine label, and now she is encouraging women to register to vote. Tuesday was National Voter Registration Day, an event designed to encourage people to participate in the 2012 presidential election. Celebrities like Fergie, Alyssa Milano, Amy Smart, and Vanessa Williams banded together for a new music video to encourage women to have their voices heard on election day, Nov. 6.

Page Gardner, president of the nonprofit organization, states, “We felt a music video with incredible star power in recognition of National Voter Registration Day would be an attention-getting way to encourage all eligible Americans to participate in our great democracy. The message is simple:  Get registered, and get to the polls on November 6th. Let the voice of one join the voices of millions and be heard.”

The campaign hopes to reach out to groups like unmarried women, young adults in the 18–29 age group, and people of color. These groups are often underrepresented in the democratic process, and they make up 53 percent of the population that is eligible to vote.

The song “L.O.V.E.” was performed by its co-writers plus Fergie, Keke Palmer, Sheila E., Judith Hill, Lalah Hathaway, and Jenna Ushkowitz. Other celebrities who make an appearance in the video include Patrick Muldoon, Seth Green, Brandon Routh, Alexa Vega, and Sophia Bush. For more information about the project and to download the video, visit the Voter Participation Center’s website.