The only girl who could give Selena Gomez some competition has passed away, said her family. Justin Bieber was obviously upset this morning, and the world of Twitter quickly began talking about it. 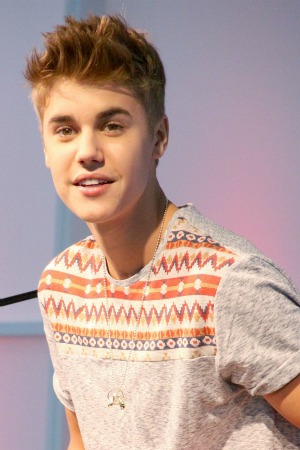 Avalanna Routh, the six-year-old girl who stole Justin Bieber‘s heart earlier this year, passed away this morning. “Just got the worst news ever. One of the greatest spirits I have ever known is gone,” Bieber tweeted this morning. “Please pray for her family and for her.”

Avalanna famously called herself “Mrs. Bieber” and met the star after her family started a campaign on a Boston TV station for her to meet him. She was suffering from a rare form of cancer, and when Bieber found out about her, he flew to meet her on Valentine’s Day. The Today Show followed the singer to the meeting.

“Hangin’ out with a special little girl. #MrsBieber,” he tweeted during the occasion. “That was one of the best things I have ever done. She was AWESOME! Feeling really inspired now! #MrsBieber.”

Bieber quickly sent three more tweets this morning after the first one. “RIP Avalanna. I love you,” he said. “Please show respect to her and her family. Say a prayer for her and for them. I miss her.” After he sent the tweets, #MrsBieber began trending on Twitter.

Bieber and Avalanna did more hanging out after their first meeting last February, and they also talked online regularly. “Basically, we talk on iChat all the time, and I see her on FaceTime,” he told MTV at one point. The network says that Jessica Biel also supported the six-year-old, talking about her situation during the Stand Up to Cancer telethon earlier this month.

Avalanna’s family tweeted the news this morning, just before Bieber did. “Our darling Avalanna went to Heaven this morning,” they said. “Oh Avalanna, the brightest star — you took our hearts with you, our greatest Love.”