Be careful what you wish for. ABC’s 666 Park Avenue can turn your biggest dream into your worst nightmare. Behind the glitz and glamour of The Drake are two incredibly dark forces: Mr. and Mrs. Doran.

Related story Vanessa Williams Says Her Face ‘Looks Even, Warm & Perfect in Seconds’ Thanks to This ‘Must-Have’ Skin Tint — & It's Selling Out Quick 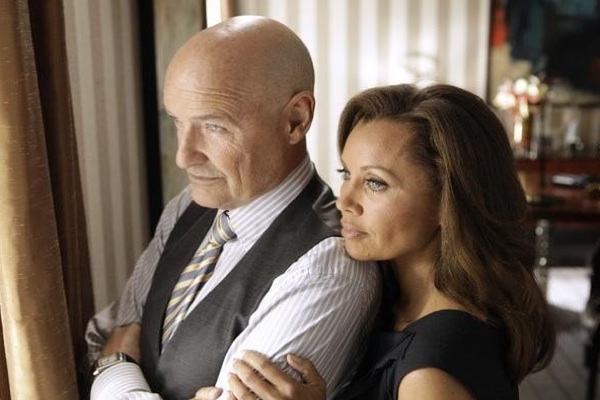 New York is one of the most popular cities in the world. It’s a huge part of American culture and has a skyline millions flock to see. That’s one of the attractions of ABC’s 666 Park Avenue. It’s not just a show or an address, it’s a lifestyle.

What would you do to have everything you desire? Step inside 666 Park Avenue, New York’s most seductive address. We all have some burning needs, desires and ambitions. For the residents of The Drake, the premier apartment building on Manhattan’s Upper East Side, these will all be met — for a price — courtesy of the building’s mysterious owner, Gavin Doran (Terry O’Quinn). But be careful what you wish for, because the price you have to pay is your soul.

ABC has released a new featurette introducing The Drake’s devilish owners, Gavin and Olivia Doran (Vanessa Williams). The twosome are more than meets the eye. Nothing they say can be taken at face value. If you don’t believe us, here’s a sneak peek at their devious ways.

The series debuts this Sunday following Once Upon a Time and Revenge. Talk about a powerful night of television!

Will you tune in for its debut?