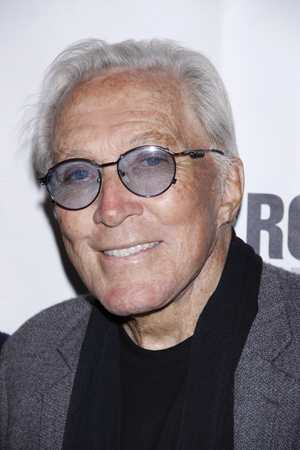 Another legend has left us: “Moon River” singer Andy Williams passed away Tuesday night from bladder cancer. He was 84.

The handsome singer started his career as a youngster in Iowa performing with his brothers in the Williams Brothers Quartet. The group later disbanded and Williams moved to New York in 1951. He soon started regular appearances on The Tonight Show Starring Steve Allen and earned a recording contract with Capitol Records.

The singer earned many accolades during his five-decade career, but it was his rendition of “Moon River” from Breakfast at Tiffany’s — and The Andy Williams Show on NBC — that made him a household name.

Williams later moved to Branson, Missouri to start his own theater. He performed regularly until the bladder cancer took over earlier this year. Williams told the Des Moines Register in 2009 that he felt most at home in his Moon River Theater.

“I open the door to the dressing room and walk right out on stage,” he said. “It’s just like walking out into your living room. A big living room, a 2,000-seat living room.”

He stayed at his “home” until the cancer took over. He told the Register that it was never his intention to stop performing because he loved it so much.

Thanks for the memories: Phyllis Diller dead at 95 >>

“I don’t want to ever retire because I really like singing,” he said. “I like working in my theater. It’s wonderful when you have everything the way you want it.”

It sounds like Williams did have everything the way he wanted it — all the way until the end.