Despite everything, Rihanna is standing by her (ex-) man. According to a friend, Rihanna “doesn’t care if she is criticized for standing by Chris, she genuinely loves him.” 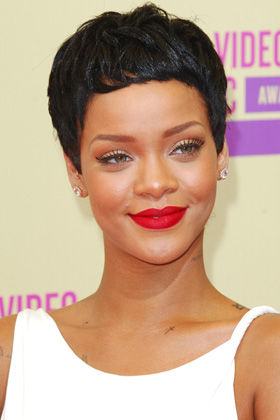 Sometimes you can only sigh and shake your head. During a hearing on Monday, it came out that singer Chris Brown had tested positive for marijuana use in Virginia though he is on probation for assaulting his ex-girlfriend Rihanna in 2009.

Judge Patricia Schnegg of the Los Angeles Superior Court set a Nov. 1 hearing to determine whether he had violated his probation.

Before the Monday court appearance, Rihanna tweeted her support for Brown: “I’m praying for you and wishing u the best today!”

Now it appears that Rihanna is prepared to go to court to tell Judge Schnegg that she shouldn’t set a date for his probation hearing because he has shown remorse for his actions, according to Radar Online.

“Rihanna has spoken to Chris since his progress reporting hearing on Monday afternoon and offered her continued support,” a source said.

“Rihanna told Chris she would go to court on November 1 for his court appearance and tell Judge Patricia Schnegg that she shouldn’t set a hearing to decide if he violated terms of his probation because he has accepted responsibility for his actions and has apologized to RiRi on multiple occasions.”

The source continued, “Rihanna would also tell the judge that Chris isn’t the same person now, as he was on that fateful night when he assaulted her. Rihanna doesn’t care if she is criticized for standing by Chris, she genuinely loves him.”

Should Chris Brown be excused because he has apologized for beating Rihanna?