NBC is taking a page from Emily Brontë. The network is developing a pilot based on her novel, Wuthering Heights. The lovelorn tale will have a new name, with a contemporary twist. 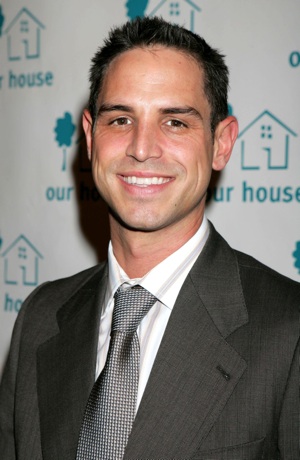 NBC is tackling the literary classic Wuthering Heights. The novel is headed to the small screen, but not as a movie. The network has announced plans for a weekly drama based on the famous story.

According to The Hollywood Reporter, the series is called Napa, and the pilot is written by Tom Donaghy. It’s the brainchild of super-producer Greg Berlanti, who’s no stranger to serialized drama. His résumé includes Dawson’s Creek, Everwood, Political Animals, and The CW’s Arrow.

Brontë’s original story centers on the tumultuous relationship between Catherine Earnshaw and Heathcliff. It has themes of love, betrayal, revenge, and class discrimination. The novel was first published in the mid-1800s, yet NBC’s version is a modern tale set in Napa Valley.

Wuthering Heights has been adapted multiple times for television and film. Arguably, the most famous being the 1939 movie with Laurence Olivier and Merle Oberon as the leads. There’s also the 1992 version starring Ralph Fiennes and Juliette Binoche and more recently, the ITV telefilm with Tom Hardy, Charlotte Riley, and The Walking Dead‘s Andrew Lincoln.

We wonder who they’ll get to play the primary roles on Napa? Wuthering Heights is a lengthy book and most of the previous incarnations omit chunks of the story. With a show, they’ll have more time and opportunity to expand on the characters.